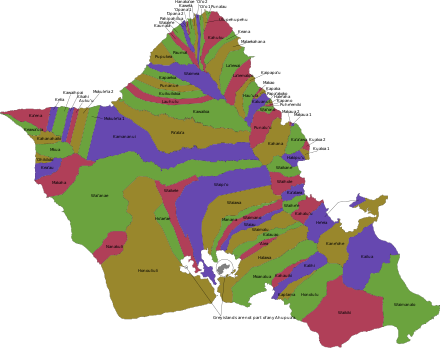 Historically, Kalihi is an ahupuaʻa, or area of land ruled by chief or king and managed by the members of the ʻaliʻi

Kalihi is a neighborhood of Honolulu on the island of Oʻahu in Hawaiʻi, United States. Split by the Likelike Highway (Route 63), it is flanked by downtown Honolulu to the east and Mapunapuna, Moanalua and Salt Lake to the west.

The lower valley has been a residential area for a considerable time and is home to numerous tracts of older houses. It becomes commercial and maritime close to the water.

Kalihi is famous for Pele's family such as her sister, mother, and the wife of Wakea. In this region of Honolulu, they had many adventures. One that she saved Wakea (her husband) "who was being taken away for sacrifice, by embracing him." [5]