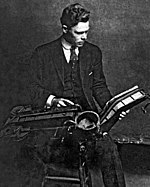 Joy Global Inc. was a company that manufactured and serviced heavy equipment used in the extraction and haulage of coal and minerals in both underground and surface mining. [2] [1] The company had manufacturing facilities in Alabama, Pennsylvania, Texas, Wisconsin, Australia, Canada, China, France, South Africa and the United Kingdom. [1] In 2017, Joy Global was acquired by Komatsu Limited [3] and was renamed Komatsu Mining Corp. [4]

The company had its beginnings in Milwaukee, Wisconsin. At the time, Milwaukee was a center of industrial machinery manufacturing at the convergence of three rivers entering Lake Michigan. Among the growing number of machinery manufacturing firms in Milwaukee in the 1870s was a struggling firm known as the Whitehill Sewing Machine Company. Alonzo Pawling and Henry Harnischfeger managed castings patternmaking and gear machining operations within the Whitehill factory. Concerned that Whitehill lacked the marketing and manufacturing discipline needed to grow, they formed a machine and pattern shop on December 1, 1884. [5] to manufacture, assemble and service components and equipment needed by other, larger manufacturing firms in the region.

In 1887, Pawling and Harnischfeger helped rebuild and upgrade an overhead bridge crane within the foundry operations of the Edward P. Allis Manufacturing Company that had collapsed following an attempt to move a load beyond its rated lifting capacity. The rebuilt crane replaced the complex system of ropes and pulleys that failed with a simplified system of motors and gearboxes. Soon after, Pawling and Harnischfeger began building their own line of overhead cranes for manufacturing and warehouse operations.

The Panic of 1893 caused demand to fall for the cranes designed and built by Pawling and Harnischfeger, who were referred to by customers as “P&H”. The partners decided to expand their product line to include earthmoving machines in order to increase their ability to withstand the next economic downturn. That same year, P&H acquired the motors and controls manufacturing assets of the Gibbs Electric Company following the acquisition of Gibbs by Westinghouse Electric Manufacturing Company, as Pawling and Harnischfeger wanted greater control over the application of motors applied to their crane line.

In 1895, in Cumberland, Maryland, 12-year-old Joseph Francis Joy went to work as a slate picker in a coal mine, eventually working underground with picks, hand-held drilling augers and shovels to load coal into rail-mounted cars. By 1903, the 20-year-old was learning mechanical engineering via a mail-order course and tinkering with ideas for mechanizing the coal-mining process. Joy’s designs attracted no interest from underground coal mines at first, but the Pittsburgh Coal Company in 1916 saw the potential productivity gains that might be obtained by investing in a Joy gathering-arm type loader. Joy obtained a U.S. patent on his device in 1919 and launched Joy Mining Machinery.

In Milwaukee, Pawling & Harnischfeger became known as the Harnischfeger Corporation following the death of Alonzo Pawling in 1911. [6] Harnischfeger launched earth moving machinery line, starting with trenchers and eventually including power shovels and draglines.

By the mid-1920s, the firm had become a large and growing supplier of crawler-mounted shovels and cranes used in construction and mining operations. Over the ensuing decades, P&H-trademarked shovels and cranes grew in size, capacity and drives and controls technology. The firm expanded its product line with the onset of the Great Depression, adding welding machinery, diesel engines and prefabricated homes to its P&H line of shovels and cranes.

In 1956, Harnischfeger Corporation was listed on the American Stock Exchange.

By the 1960s and 1970s, the firm had divested its welding, diesel engines, and prefabricated homes businesses in order to concentrate on construction and mining machines, overhead cranes, hoists, and material handing systems. Recessions in the 1970s and 1980s led the firm to shift its strategic focus to include pulp and papermaking machinery and systems and computer systems applied to military and aerospace systems.

In 1994, Harnischfeger Industries, Inc. bought Joy Mining Machinery for $1 billion in stock. [8] Joy was a supplier of underground mining equipment based in Franklin, Pennsylvania.

In July 2011, the company acquired a 41% stake in International Mining Machinery Holdings, one of China’s biggest manufacturers of long-wall mining shearers for extracting coal from underground mines, for US$585 million, [16] with plans to obtain the remaining shares of the China-based mining equipment manufacturer through a tender offer. In November 2011, Joy Global acquired an additional 10.5% of the outstanding shares of International Mining. [17]

Joy Global's underground business received 90% of its revenue from coal projects, [2] and from the manufacture of underground mining equipment. [25]

Joy Mining Machinery (Joy) was the world’s largest producer of high productivity underground mining machinery for the extraction of coal and other bedded materials including trona and salt.[ citation needed] Joy operated major support facilities in Australia, South Africa, United Kingdom, China and the United States, with sales offices and service facilities in India, Poland and Russia – all near or within major underground mining regions.