Japantown (日本町, Nihonmachi) (also known as J-Town or historically as Japanese Town, or "Nihonmachi" ("Japan town", in Japanese)) is a neighborhood in the Western Addition district of San Francisco, California.

Japantown comprises about six city blocks and is considered one of the largest and oldest ethnic enclaves in the United States. [4]

Looking north on Buchanan Street, across Post Street in Japantown.

The main thoroughfare is Post Street, between Fillmore Street (to the west) and Laguna Street (to the east). The Japantown neighborhood is generally considered to be bordered on the north by Bush or Pine Street, and on the south by Geary Boulevard.

Built and settled as part of the Western Addition neighborhood in the 19th and early 20th century, Japanese immigrants began moving into the area following the 1906 earthquake. [6] (Before 1906, San Francisco had two Japantowns, one on the outskirts of Chinatown, the other in the South of Market area. After 1906, San Francisco's main Japantown was in the Western Addition, with a smaller one in the South Park area. [7]) By World War II, the neighborhood was one of the largest such enclaves of Japanese outside Japan, as it took an appearance similar to the Ginza district in Tokyo. [6]

In February 1942, President Franklin D. Roosevelt signed Executive Order 9066, which forced all Japanese of birth or descent, including Japanese American citizens of the United States, to be relocated from the Pacific coast and interned. By 1943 many large sections of the neighborhood remained vacant due to the forced internment. The void was quickly filled by thousands of African Americans who had left the South to find wartime industrial jobs in California as part of the Great Migration.

Following the war, some Japanese Americans returned, followed by new Japanese immigrants as well as investment from the Japanese Government and Japanese companies. However, many did not return to the neighborhood and instead settled in other parts of the city, or out to the suburbs altogether. This was further exacerbated by the city's efforts to rejuvenate the neighborhood initiated by M. Justin Herman in the Western Addition in the 1960s through the 1980s. [8]

In 1957, San Francisco entered in a sister city relationship with the city of Osaka, hence the nickname "Little Osaka". Osaka was San Francisco's oldest sister city. [9] In commemoration of their 50th anniversary, one block of Buchanan Street in Japantown was renamed Osaka Way on September 8, 2007. [10] However, Osaka ended the 60 year relationship in 2018 after then mayor Ed Lee accepted a statue memorializing comfort women in 2017. The statue is currently erected on public property in San Francisco's Chinatown. [11]

During the coronavirus (spring 2019-2020), parts of Japantown are still open through safe measures. Many restaurants and stores are open for pick up and online shopping. [12] Due to the pandemic, many local stores could use some support. 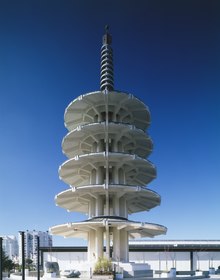 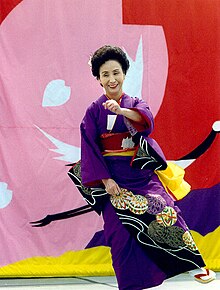 The area is home to Japanese cuisine (and some Korean and Chinese) restaurants, supermarkets, indoor shopping malls, hotels, banks, and other shops, including one of the few U.S. branches of the large Kinokuniya bookstore chain. Most of these businesses are located in the commercial Japan Center of the neighborhood, in a large shopping mall built in the 1960s as part of urban renewal efforts and is run by Japanese retailer Kintetsu.

The Cherry Blossom Festival takes place over the course of two weekends. During the first weekend, the Northern California Cherry Blossom Queen Program takes place at the Kabuki Theatre, where women of Japanese/Japanese-American descent are chosen to represent, learn about, and serve their community. [15] During the Sunday parade, the queen and princesses are presented on a float.

The area is within the San Francisco Unified School District. Rosa Parks Elementary School is located near Japantown. It houses the Japanese Bilingual Bicultural Program (JBBP). [17] In the winter of 2005 Rosa Parks had 233 students, which filled less than half of the school. That winter, SFUSD proposed closing the school and merge it with another elementary school. Parents protested in favor of keeping the school open. SFUSD moved the Japanese Bilingual Bicultural Program into Rosa Parks. As of November 2006, almost half of the students in the regular Rosa Parks program are African-American and one-third of the students in the JBBP program are Japanese. [18]