James Plemon "J.P." Coleman (January 9, 1914 – September 28, 1991) was the 52nd Governor of Mississippi and a United States Circuit Judge of the United States Court of Appeals for the Fifth Circuit.

During his service with Congressman Ford, in Washington, D.C., Coleman made a name for himself by challenging and defeating another young southern congressional staffer, future President Lyndon B. Johnson, for Speaker of the Little Congress, a body that Johnson had dominated before Coleman's challenge.[ citation needed] Coleman and Johnson became lifelong friends.[ citation needed]

Coleman became the Governor of Mississippi in 1956 as a moderate candidate in a campaign where he promised to uphold segregation. As Governor, he befriended Democratic presidential candidate, Senator John F. Kennedy, but set up the Mississippi State Sovereignty Commission. When Clennon Washington King, Jr. attempted to integrate the University of Mississippi, Coleman went to Oxford to prevent Mr. King's matriculation and fulfill his promise of segregation of all schools. He objected to being called a moderate by his critics, preferring to characterize himself as a 'successful segregationist'. [2]

In his subsequent campaign for governor in 1963, Coleman lost the Democratic nomination to Paul B. Johnson, Jr., a son of a former governor. Segregationist Johnson painted Coleman as a racial moderate and friend of the Kennedy administration. Paul Johnson's campaign staff charged that during the 1960 presidential campaign Coleman had allowed Kennedy to sleep in the Governor's Mansion in the bed formerly used by the late Governor and United States Senator Theodore Bilbo. [3] Johnson went on to defeat the Democrat-turned- Republican Rubel Phillips in the 1963 general election, which presented Mississippi voters with a new-at-the-time opportunity to choose between candidates of different parties. 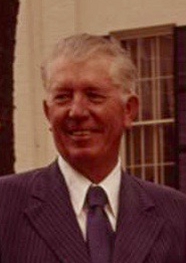 Coleman was nominated by President Lyndon B. Johnson on June 22, 1965, to a seat on the United States Court of Appeals for the Fifth Circuit vacated by Judge Benjamin Franklin Cameron. He was confirmed by the United States Senate on July 26, 1965, and received his commission on July 26, 1965. He served as Chief Judge from 1979 to 1981. He assumed senior status on May 31, 1981. His service terminated on January 31, 1984, due to his retirement. [1]

After his retirement from the federal bench, Coleman returned to the private practice of law in Choctaw County [1] and also farmed[ citation needed] until he suffered a severe stroke on December 11, 1990.[ citation needed] He died on September 28, 1991, in Ackerman. [1]

J. P. Coleman State Park, a state park in Mississippi, is named after him.[ citation needed]