From Wikipedia, the free encyclopedia
This article is about the town in New York. For other uses, see Hyde Park (disambiguation).
Town in New York, United States

Hyde Park is home to the main campus of the Culinary Institute of America, a four-year college for culinary and baking and pastry arts, and the Franklin D. Roosevelt Presidential Library and Museum, the first presidential library in the United States.

Settlement of the region officially began around 1742, but may have begun as early as 1710.

The name of the area was changed to "Hyde Park" around 1810. Previously, it was part of the Fauconnier Patent and was named "Stoutenburgh", after the town's first settler, Jacobus Stoughtenburg. Part of the town was from the Great Nine Partners Patent of 1697.

Doctor John Bard had called his estate "Hyde Park" in honor of Edward Hyde, who was Lord Cornbury and governor of New York from 1702-1708. In 1697, Hyde granted nine close friends of his a large swatch of land "south of Albany" in the Great Nine Partners Patent, which would eventually make up much of Hyde Park. [4] In 1804 a tavern keeper named Miller, seeking new guests, renamed the tavern "the Hyde Park Inn", much to the annoyance of Doctor Bard. He then applied for a post office to be located at his inn, common among tavern keepers. The request was granted as the "Hyde Park Post Office". The settlement gradually came to be known not as Stoutenburgh but as Hyde Park, which it officially became in 1812.

Hyde Park was a part of Clinton, New York until 1821, when it was incorporated as a separate town. The Hyde Park Railroad Station, located at the mouth of Crum Elbow Creek along the Hudson River, was used by the town's residents, including the Roosevelts.

Hyde Park is the hometown of Franklin D. Roosevelt (1882–1945), who served as president of the United States from 1933 until his death. [5] His estate, Springwood, is the site of the Home of Franklin D. Roosevelt National Historic Site maintained by the National Park Service. Also on the site are his presidential library and museum. [5] Roosevelt used this residence throughout his life. FDR's historical house is now a museum that can be visited.

Val-Kill was the home of Eleanor Roosevelt, wife of Franklin D. Roosevelt. It is located about 2 miles (3 km) east of the home of FDR. [6]

Franklin D. Roosevelt and Eleanor Roosevelt are both buried in the rose garden at "Springwood". [7]

The Hudson River defines the west town line, which is the border with Ulster County. Hyde Park is bordered by the town of Poughkeepsie to the south, Rhinebeck to the north, and Clinton and Pleasant Valley to the east.

There were 7,395 households out of which 34.0% had children under the age of 18 living with them, 56.7% were married couples living together, 10.3% had a female householder with no husband present, and 29.4% were non-families. 23.0% of all households were made up of individuals and 8.6% had someone living alone who was 65 years of age or older. The average household size was 2.63 and the average family size was 3.10.

Communities and locations in Hyde Park 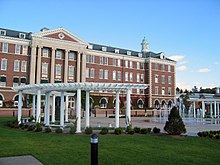 Hyde Park campus of the Culinary Institute of America 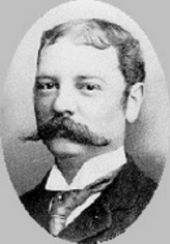 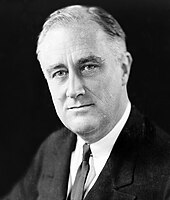 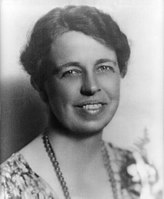