This article summarizes healthcare in Texas. In 2017, the United Healthcare Foundation ranked Texas as the 34th healthiest state in the United States. [1] Obesity, excessive drinking, maternal mortality, infant mortality, and vaccinations are among the major public health issues facing Texas. [1]

Obesity also has substantial impacts on the economy in Texas. Obesity costs Texas businesses $9.5 billion annually. [6] 41% of this is due to obesity-related healthcare costs, 17% is due to absenteeism, and 37% is due to presenteeism. [6]

Effective treatment for obesity is known to be expensive and difficult. For childhood obesity, programs tend to focus on creating lifestyle changes including a healthier diet and more exercise. [8] Studies show that obesity treatment for children should aim more at changing the behavior of the family as a whole, especially the parents. [9] Comprehensive weight loss programs for children in Texas have had limited success in reducing weight. For example, only 20% of children finish the Weigh of Life Program and many of them are likely to gain the weight back later on. [10] For adults, surgery is an effective long-term treatment but it comes with several risks and complications. [11]

Environmental factors play a large role in obesity rates. [12] Studies have shown that people who live in the same socioeconomic contexts in Texas, regardless of race, tend to have similar rates of obesity. [13] Generally speaking, encouraging healthy habits, raising awareness, and educating people about portion sizes and nutritious requirements can help prevent obesity. [14] Childhood prevention is key - a child who was overweight at 12 years of age has a 75% chance of being overweight as an adult. [14] 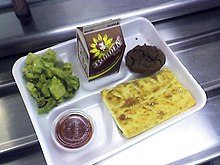 The most commonly abused substance in Texas is alcohol. [16] The rate of binge drinking in males in Texas is comparable to that of males in the United States. In 2017, 22.4% of adult males in Texas reported binge drinking, as compared to 22.1% of males in the United States. [17] Less than 12% of females adults in Texas reported binge drinking. [17] Alcohol abuse and alcoholism can lead to a variety of health issues including liver damage, heart problems, cancer, and depression. [18] Further, 61% of high school students in Texas have tried alcohol and 17% of Texas high school students had their first drink before the age of 13. [19]

The Texas Ignition Interlock Law went into effect during September 2015. This law requires judges to order ignition interlocks for all drunk-drivers with a Blood Alcohol Level of 0.15% or greater. [20] Since the passing of this law, the drunk driving related death rate in Texas has decreased by 8.5%. [20]

Texas has the highest maternal mortality rate in the developed world, and the rate by which Texas women died from pregnancy related complications doubled from 2010 to 2014, to 23.8 per 100,000. A rate unmatched in any other U.S. state or economically developed country. [21] See Maternal healthcare in Texas.

Texas has the seventh highest birth rate in the United States, with nearly 400,000 babies born each year. [22] [23] Over half of all Texas births are paid by Medicaid, totaling over $2.2 billion per year in birth and delivery-related services for mothers and infants. [24] Studies have found that infant mortality is usually caused by birth defects, pre-term birth, low birth weight, Sudden Infant Death Syndrome, and pregnancy complications. [25] The average amount spent in the first year of life for a preterm birth with major complications (excluding extreme prematurity) is $19,059, and $4,019 for a preterm birth without major complications compared to $410 for an uncomplicated, term birth. [24]

A birth is considered preterm when it takes place more than 3 weeks before the estimated due date. [29] Preterm birth rates in Texas are consistently higher than the nationwide rate. In 2016, 10.4% of live births in Texas were preterm. [30] The rate for Black mothers specifically was elevated - 13.6%. [31] Numerous factors have been associated with premature birth, including lack of prenatal care,  race, obesity, smoking, and even air pollution. [32]

Prenatal care is the best way to prevent preterm births and low birth weight babies. [36]  Unfortunately, in 2016 only 65% of pregnant women in Texas had access to prenatal care in their first trimester. [37] Women being unaware of their pregnancies, economic hardship due to inability to work during pregnancy, lack of knowledge or access to health services, and difficulty finding transportation are contributing factors to this alarmingly low rate. [38] Texas has also seen significant disparities in who receives prenatal care - 75% of White women and only 55% of Black women received prenatal care during their first trimester. [37] Although women covered by Medicaid are supposed to automatically transition into the Healthy Texas Women program for postpartum coverage, this transition does not always take place. [39]

Texas has many research medical centers. The state has nine medical schools, [45] three dental schools, [46] and two optometry schools. [47] Texas has two Biosafety Level 4 (BSL-4) laboratories: one at The University of Texas Medical Branch (UTMB) in Galveston, [48] and the other at the Southwest Foundation for Biomedical Research in San Antonio—the first privately owned BSL-4 lab in the United States. [49]

The Trust for America's Health ranked Texas 15th highest in adult obesity, with 27.2 percent of the state's population measured as obese. [31] The 2008 Men's Health obesity survey ranked four Texas cities among the top 25 fattest cities in America; Houston ranked 6th, Dallas 7th, El Paso 8th, and Arlington 14th. [58] Texas had only one city, Austin, ranked 21st, in the top 25 among the "fittest cities" in America. [58] The same survey has evaluated the state's obesity initiatives favorably with a "B+". [58] The state is ranked forty-second in the percentage of residents who engage in regular exercise. [59]

Notwithstanding the concentration of elite medical centers in the state, The Commonwealth Fund ranks the Texas healthcare system the third worst in the nation. [60] Texas ranks close to last in access to healthcare, quality of care, avoidable hospital spending, and equity among various groups. [60] Causes of the state's poor rankings include politics, a high poverty rate, and the highest rate of illegal immigration in the nation. [61] In May 2006, Texas initiated the program "code red" in response to the report the state had 25.1 percent of the population without health insurance, the largest proportion in the nation. [62] Research shows that adolescents who see alcohol use in advertisements, television shows, and movies are more likely to start drinking alcohol at a younger age. Drinking at a young age is correlated with long-term alcohol abuse. [63]

The health insurance marketplace for Texas is HealthCare.gov, which is also the federal marketplace usable by anyone.

Texas has hospitals serving every part of the state.