From Wikipedia, the free encyclopedia
Not to be confused with Greenville Downtown Airport. 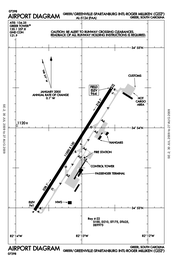 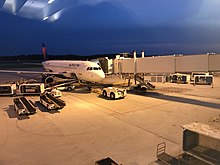 Concourse A is used exclusively by American, Frontier, Southwest and United. Delta and Allegiant use Concourse B.

The airport was the facility used for many equestrian teams to deliver horses to and from the 2018 FEI World Equestrian Games in neighboring Tryon, North Carolina.