General Dynamics Corporation (GD) is an American aerospace and defense corporation. As of 2019, it was the fifth-largest defense contractor in the United States, and the sixth-largest in the world, by sales. [3] The company ranked No. 92 in the 2019 Fortune 500 list of the largest United States corporations by total revenue. [4] It is headquartered in Reston, Fairfax County, Virginia. [5]

Formed in 1954 with the merger of submarine manufacturer Electric Boat and aircraft manufacturer Canadair, [6] it evolved through multiple mergers and divestitures and changed markedly in the post–Cold War era of defense consolidation. General Dynamics' former Fort Worth Division, which manufactured the F-16 Fighting Falcon, was sold to the Lockheed Corporation in 1993, but GD re-entered the airframe business in 1999 with its purchase of business jet manufacturer Gulfstream Aerospace. [7]

Poster by Erik Nitsche from 1960

General Dynamics traces its ancestry to John Philip Holland's Holland Torpedo Boat Company. [8] Holland Torpedo was responsible for developing the U.S. Navy's first modern submarines which were purchased by the Navy in 1900. [9]

In 1906 Electric Boat subcontracted submarine construction to the Fore River Shipyard in Quincy, Massachusetts to build the submarines they had designed and won contracts for. In 1917, the name of the company was officially changed to Submarine Boat Corporation. [8] In 1933 Electric Boat acquired ownership of a shipyard in Groton, Connecticut to build submarines. The first submarine built in Groton to be delivered to the U.S. Navy was the USS Cuttlefish in 1934.

Electric Boat was cash-flush but lacking in work following World War II, during which it produced 80 submarines for the Navy, with its workforce shrinking from 13,000 to 4,000 by 1946. [8] President and chief executive officer John Jay Hopkins started looking for companies that would fit into Electric Boat's market in hopes of diversifying. [8]

Canadair was owned by the Canadian government and was suffering from the same post-war malaise as Electric Boat. It was up for sale, and Hopkins bought the company for $10 million in 1946. The factory alone was worth more than $22 million, according to the Canadian government's calculations, [8] excluding the value of the remaining contracts for planes or spare parts. However, Canadair's production line and inventory systems were in disorder when Electric Boat purchased the company. Hopkins hired Canadian-born mass-production specialist H. Oliver West to take over the president's role and return Canadair to profitability. Shortly after the takeover, Canadair began delivering its new Canadair North Star (a version of the Douglas DC-4) and was able to deliver aircraft to Trans-Canada Airlines, Canadian Pacific Airlines, and British Overseas Airways Corporation (BOAC) well in advance of their contracted delivery times. [10]

Defense spending increased with the onset of the Cold War, and Canadair went on to win many Canadian military contracts for the Royal Canadian Air Force and became a major aerospace company. These included Canadair CT-133 Silver Star trainer, the Canadair Argus long-range maritime reconnaissance and transport aircraft, and the Canadair F-86 Sabre. Between 1950 and 1958, 1,815 Sabres were built. Canadair also produced 200 CF-104 Starfighter supersonic fighter aircraft, a license-built version of the Lockheed F-104.

Aircraft production became increasingly important at Canadair, and Hopkins argued that the name "Electric Boat" was no longer appropriate—so Electric Boat was reorganized as General Dynamics on 24 April 1952. [13]

General Dynamics purchased Convair from the Atlas Group in March 1953. [13] The sale was approved by government oversight with the provision that GD would continue to operate out of Air Force Plant 4 in Fort Worth, Texas. This factory had been set up in order to spread out strategic aircraft production and rented to Convair during the war to produce B-24 Liberator bombers.

General Dynamics purchased Liquid Carbonic Corporation in September 1957 and controlled it as a wholly-owned subsidiary until being forced by a Federal antitrust ruling to spin it off to shareholders in January 1969. Liquid Carbonic was then bought that same month by the Houston Natural Gas Company. [14] [15]

Convair worked as an independent division under the General Dynamics umbrella. Over the next decade, the company introduced the F-106 Delta Dart Interceptor, the B-58 Hustler, and the Convair 880 and 990 airliners. Convair also introduced the Atlas missile platform, the first operational intercontinental ballistic missile.

GD subsequently reorganized into Eastern Group in New York City and Western Group in San Diego, California, with the latter taking over all of the aerospace activities and dropping the Convair brand name from its aircraft in the process. [17]

Frank Pace retired under pressure in 1962 and Roger Lewis, former Assistant Secretary of the Air Force and Pan American Airways CEO, was brought in as CEO. The company recovered, then fell back into the same struggles. In 1970, the board brought in McDonnell Douglas president Dave Lewis (no relation) as chairman and CEO, who served until retiring in 1985. [8]

During the early 1960s the company bid on the United States Air Force's Tactical Fighter, Experimental (TFX) project for a new low-level "penetrator". Robert McNamara, newly installed as the Secretary of Defense, forced a merger of the TFX with U.S. Navy plans for a new long-range "fleet defender" aircraft. In order to bid on a naval version successfully, GD partnered with Grumman, which would build a customized version for aircraft carrier duties. After four rounds of bids and changes, the GD/Grumman team finally won the contract over a Boeing submission.

The F-111 that resulted first flew in December 1964. The F-111B flew in May 1965, but the navy said that it was too heavy for use on aircraft carriers. [18] With an unacceptable navy version, estimates for 2,400 F-111s, including exports, were sharply reduced, but GD still managed to make a $300-million profit on the project. [17] Grumman went on to use many of the innovations of the F-111 in the highly successful F-14 Tomcat, [8] an aircraft designed solely as a carrier-borne fighter.

In May 1965, GD reorganized into 12 operating divisions based on product lines. The board decided to build all future planes in Fort Worth, ending plane production at Convair's original plant in San Diego but continuing with space and missile development there. In October 1970, Roger Lewis left and David S. Lewis from McDonnell Douglas was named CEO. Lewis required that the company headquarters move to St. Louis, Missouri, which occurred in February 1971. [19]

In 1972, GD bid on the USAF's Lightweight Fighter (LWF) project. GD and Northrop were awarded prototype contracts. GD's F-111 program was winding down, and the company desperately needed a new aircraft contract. It organized its own version of Lockheed's famed " Skunk Works", the Advanced Concepts Laboratory, and responded with a new aircraft design incorporating advanced technologies.

GD's YF-16 first flew in January 1974 and proved to have slightly better performance than the YF-17 in head-to-head testing. It entered production as the F-16 in January 1975 with an initial order of 650 and a total order of 1,388. The F-16 also won contracts worldwide, beating the F-17 in foreign competition as well. GD built an aircraft production factory in Fort Worth, Texas. F-16 orders eventually totaled more than 4,000, making it the largest and most successful program for the company, and one of the most successful western military projects since World War II. 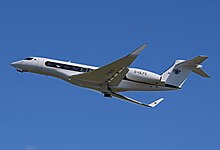 Henry Crown, still GD's largest shareholder, died on 15 August 1990. Following this, the company started to rapidly divest its under-performing divisions under CEO William Anders. Cessna was re-sold to Textron in January 1992, the San Diego and Pomona missile production units to General Motors- Hughes Aerospace in May 1992, the Fort Worth aircraft production to Lockheed in March 1993 (a nearby electronics production facility was separately sold to Israeli-based Elbit Systems, marking that company's entry into the United States market), and its Space Systems Division to Martin Marietta in 1994. The remaining Convair Aircraft Structure unit was sold to McDonnell Douglas in 1994. The remains of the Convair Division were simply closed in 1996. GD's exit from the aviation world was short-lived, and in 1999 the company acquired Gulfstream Aerospace. The Pomona operation was closed shortly after its sale to Hughes Aircraft.

In 1995, General Dynamics purchased the privately held Bath Iron Works shipyard in Bath, Maine, for $300 million, diversifying its shipbuilding portfolio to include U.S. Navy surface ships such as guided-missile destroyers. [20] In 1998, the company acquired NASSCO, formerly National Steel and Shipbuilding Company, for $415 million. The San Diego shipyard produces U.S. Navy auxiliary and support ships as well as commercial ships that are eligible to be U.S.-flagged under the Jones Act. [21]

Having divested itself of its aviation holdings, GD concentrated on land and sea products. GD purchased Chrysler's defense divisions in 1982, renaming them General Dynamics Land Systems. In 2003, it purchased the defense divisions of General Motors as well. It is now a major supplier of armored vehicles of all types, including the M1 Abrams, LAV 25, Stryker, and a wide variety of vehicles based on these chassis. Force Protection, Inc. was acquired by General Dynamics Land Systems in November 2011 for $350 million.

On August 19, 2008, GD agreed to pay $4 million to settle a lawsuit brought by the US Government claiming that a GD unit fraudulently billed the government for defectively manufactured parts used in US military aircraft and submarines. The US alleged that GD defectively manufactured or failed to test parts used in US military aircraft from September 2001 to August 2003, such as for the C-141 Starlifter transport plane. The GD unit involved, based in Glen Cove, New York, closed in 2004. [22]

In 2014, the government of Canada announced it had selected the General Dynamics Land Systems subsidiary in London, Ontario, to produce Light Armoured Vehicles for Saudi Arabia as part of a $10 billion deal with the Canadian Commercial Corporation. [23] The sale has been criticized by political opponents because of the Saudi Arabian-led intervention in Yemen. [24] [25] In December 2018, after Prime Minister Justin Trudeau suggested Canada might scrap the deal, the company warned that doing so could lead to "billions of dollars in liability" and risk the loss of thousands of jobs. [26] [27] Trudeau has since said that while he is critical of Saudi conduct, he cannot simply scrap the deal because "Canada as a country of the rule of law needs to respect its contracts." [28] On 30 January 2019, CEO Phebe Novakovic warned investors that the matter had "significantly impacted" the company's cash flow because Saudi Arabia was nearly $2 billion in arrears on its payments. [29]

In 2018, General Dynamics acquired information technology services giant CSRA for $9.7 billion, and merged it with GDIT. [30]

General Dynamics has been accused by groups such as Code Pink and Green America of "making money from human suffering by profiting off the migrant children held at U.S. detention camps" [31] due to its IT services contracts with the Department of Health and Human Services' Office of Refugee Resettlement, the government agency that operates shelters for unaccompanied children to include those separated from their families as part of the Trump administration family separation policy. [32] [33] The company says it has no role in constructing or operating detention centers, and that its contracts to provide training and technical services began in 2000 and have spanned across four presidential administrations. [34]

It was announced in September 2018 that the U.S. Navy awarded contracts for 10 new Arleigh Burke-class destroyers from General Dynamics Bath Iron Works and Huntington Ingalls Industries. [35]

Former U.S. Secretary of Defense Gen. Jim Mattis re-joined the company's board of directors in August 2019. He had previously served on the board, but resigned and divested before becoming secretary of defense. [36]

As of 2019, General Dynamics consists of ten separate businesses as follows: [78] 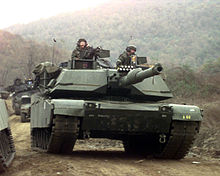 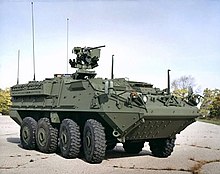 Information Systems and Technology represent 34% of the company's revenue. [87]

General Dynamics has $30.9 billion in sales as of 2017 [89] primarily military, but also civilian with its Gulfstream Aerospace unit and conventional shipbuilding and repair with its National Steel and Shipbuilding subsidiary.

In 2004, General Dynamics bid for the UK company Alvis plc, the leading British manufacturer of armored vehicles. In March the board of Alvis Vickers voted in favor of the £309m takeover. However at the last minute BAE Systems offered £355m for the company. This deal was finalized in June 2004. [90]

The corporation's subsidiaries are donors to the Canadian Defence and Foreign Affairs Institute. [91][ importance?]

10% of General Dynamic stock is owned by the Crown family, which includes Nancy Carrington Crown and Steven Crown. This is the family's largest single asset. [92]