From Wikipedia, the free encyclopedia
Leader of an unauthorized foreign military expedition
This article is about the military term. For the parliamentary procedure, see Filibuster.

Filibuster Narciso López launched an unsuccessful expedition to Cuba in 1851

A filibuster or freebooter, in the context of foreign policy, is someone who engages in an (at least nominally) unauthorized military expedition into a foreign country or territory to foment or support a revolution. The term is usually used to describe United States citizens who fomented insurrections in Latin America, particularly in the mid-19th century (Texas, California, Cuba, Nicaragua, Colombia). Filibuster expeditions have also occasionally been used as cover for government-approved deniable operations.

Filibusters are irregular soldiers who normally act without official authority from their own government, and are generally motivated by financial gain, political ideology, or the thrill of adventure. The freewheeling actions of the filibusters of the 1850s led to the name being applied figuratively to the political act of filibustering in the United States Congress. [1]

Battle of San Jacinto in Nicaragua in 1856

The English term "filibuster" derives from the Spanish filibustero, itself deriving originally from the Dutch vrijbuiter, ' privateer, pirate, robber' (also the root of English freebooter). [3] The Spanish form entered the English language in the 1850s, as applied to military adventurers from the United States then operating in Central America and the Spanish West Indies. [4]

The Spanish term was first applied to persons raiding Spanish colonies and ships in the West Indies, the most famous of whom was Sir Francis Drake with his 1573 raid on Nombre de Dios. With the end of the era of Caribbean piracy in the early 18th century "filibuster" fell out of general currency. [5]

The term was revived in the mid-19th century to describe the actions of adventurers who tried to take control of various Caribbean, Mexican, and Central-American territories by force of arms. In Sonora, Mexico, there were the French Marquis Charles de Pindray and Count Gaston de Raousset-Boulbon and the Americans Joseph C. Morehead and Henry Alexander Crabb. The three most prominent filibusters of that era were Narciso López and John Quitman in Cuba and William Walker in Baja California, Sonora, and lastly Nicaragua. The term returned to American parlance to refer to López's 1851 Cuban expeditions. [6] [7]

Although the American public often enjoyed reading about the thrilling adventures of filibusters, Americans involved in filibustering expeditions were usually in violation of the Neutrality Act of 1794 that made it illegal for a citizen to wage war against another country at peace with the United States. For example, the journalist John L. O'Sullivan, who coined the related phrase " Manifest Destiny", was put on trial for raising money for López's failed filibustering expedition in Cuba. 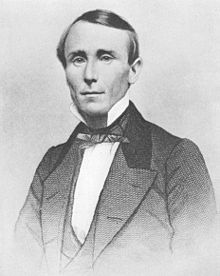 In the 1850s, American adventurer William Walker launched several filibustering campaigns leading a private mercenary army. In 1853, he successfully established a short lived republic in the Mexican states of Sonora and Baja California. Later, when a path through Lake Nicaragua was being considered as the possible site of a canal through Central America (see Nicaragua canal), he was hired as a mercenary by one of the factions in a civil war in Nicaragua. He declared himself commander of the country's army in 1856; and soon afterward President of the Republic. After attempting to take control of the rest of Central America, while receiving no support from the U.S. government, he was defeated by the four other Central American nations he tried to invade and eventually executed in 1860 by the local Honduran authorities he tried to overthrow. [8]

In the traditional historiography by historians in both the United States and in Latin America, Walker's filibustering represented the high tide of antebellum American imperialism. His brief seizure of Nicaragua in 1855 is typically called a representative expression of Manifest destiny with the added factor of trying to expand slavery into Central America. Historian Michel Gobat, however, presents a strongly revisionist interpretation. He argues that Walker was invited in by Nicaraguan liberals who were trying to force economic modernization and political liberalism, and that thus it was not an attempted projection of American power. [9]

Prior to the American Civil war, many Confederate Army officers and soldiers, such as Chatham Roberdeau Wheat, of the Louisiana Tigers, obtained valuable military experience from filibuster expeditions. The author Horace Bell served as a major with Walker in Nicaragua in 1856. Colonel Parker H. French served as Minister of Hacienda and was appointed as Minister Plenipotentiary to Washington in 1855.

Filibusters and the press

There was widespread support in the press for filibusters' missions. A number of journalists, such as John O'Sullivan, Moses S. Beach at the New York Sun and the New Orleans' L. J. Sigur of the Delta, were sympathetic towards filibusters. All supported Narcisco Lopez's Missions to Cuba. John S. Thrasher contributed articles for the annexation of Cuba in New Orleans' Picayune. Some journalists also enlisted to fight for filibustering missions as Richardson Hardy and John McCann did who both worked for the Cincinnati Nonpareil. [10] The poet Theodore O'Hara was a member of William Walker's expedition to Nicaragua. He worked on the Frankfort Yeoman and the Democratic Rally newspapers. After this, he served in the Confederate army in the American Civil War. [11]

Irish Americans saw filibustering as an opportunity to aid Irish nationalists in their struggle against British rule. In 1856 a group of Irish Americans in Cincinnati were charged under the Neutrality Act 1818 with plotting a filibuster expedition to Ireland to help their brethren out. In this instance, the charges failed. William Seward and Robert Tyler helped with financing in order to form an Irish Brigade which also amassed armaments and men but this expedition did not take place at that time. [12] An expedition did take place to Ireland in 1867 in order to support the Irish Republican Brotherhood rising that had started in February of that year but this ultimately failed. [13] Canada was chosen as the next target which had been looked at earlier in the War of 1812. The Fenian Brotherhood was behind this and they made two incursions into Canada during 1866 both of which failed. [14]

Women took an interest in filibustering which ensured that it was not just men who were involved. Their roles included planning, propaganda, participation, and popularization. Women also composed songs, arranged balls and concerts on behalf of the filibusters. Most of the interest came from women in the Gulf and Mid-Atlantic states as they were closer to the events. Correspondingly those in the Northern states tended not to take much interest in what was going on further south. Many women attended the filibuster expeditions as settlers, to help with casualties and to aid the expeditions in any way they could. Many women were at the front line experiencing first hand the armed engagements. A few even took up arms and used them to defend their men and property. Jane McManus Storm Cazneau was important for their role in negotiating between filibusters and U.S. politicians. She persuaded Moses S. Beach to promote lectures about William Walker and his group. It is possible she coined the term 'Manifest destiny' and not John O'Sullivan. All of these women embraced the idea of expansionism to spread slavery in the South. The language they sometimes used was equal to the men's. John Quitman's daughter Louisa used anti-Spanish rhetoric as she saw fit in order that the Spanish deserved to be punished for what they had done to Narcisco Lopez and his men after they had been taken prisoner. [15]

Several well-known figures in filibusterism were also freemasons and this organization played a major role within the hierarchy of the filibusters. Narcisco López and José Gonzales of the Cuban expedition were both freemasons. Other freemasons who took part in filibustering came from Louisiana and were involved with the 1810 incursion into West Florida. Later in 1836 freemasons were involved in the Texas Revolution. These included Stephen F. Austin, Mirabeau Buonaparte Lamar and David Crockett among others. Freemasons from New Orleans had helped in planning the liberation of Texas. Several lodges were an important element of the filibusters contributing many men to the cause of expansionism. Part of the masonic emphasis was that members should support their country's freedoms. During the period when Narcisco Lopez was planning his expedition to Cuba the Havana Club, founded in 1848 by Cuban freemasons, had endorsed the idea of inviting a filibuster expedition to Cuba in order to overthrow the colonial Spanish and free the island. The flag that Lopez and others designed for their expedition had masonic emblems built into it. These included representations of the mason's triangular apron. The Star of Texas was included to represent the five points of the fellowship of the masons. This flag was adopted as the Cuban national flag fifty-two years after Lopez's failed adventure. Other filibustering freemasons of note included Chatham Roberdeau Wheat and Theodore O'Hara the poet. They came from an extensive network of lodges in the Southern U.S. such as Soloman's Lodge No. 20 in Jacksonville and Marion Lodge No. 19 in Ocala. The reach of the masons was wide and helpful. On arriving at John Hardee Dilworth's estate, Jose Gonzales used freemasonry symbols which prevented him from being arrested as Dilworth was also a mason and had been told by Presidential order to arrest Gonzales. [16]

In the 19th-century Philippines, the Spanish filibustero gained connotations significantly different from those of the English derivative. The title of the highly influential novel El filibusterismo by Philippine national hero José Rizal could literally be translated as "filibustering", but could also mean "subversion".

The Frank Hann letters were a series of hoax letters published in 1895, purported to be written by a ‘Major F.P. Hann’, who claimed to be an American filibuster fighting against the Spanish colonial rule of Cuba. Hann wrote a fake account of his supposed experiences in the Cuban War of Independence , detailing accounts of battles and operations that took place as well as commenting on the political situation within the country .

The real Frank Hann, a twenty year old man who lived in Gainesville, Florida, used the pseudonym ‘Anderfer’ in order to release the letters he forged, acting as a medium for the letters written by ‘Major Hann’. He used the hoax to raise his own profile in the U.S as a war hero, while also attempting to garner support for filibuster missions in Cuba.

The episode draws attention to the influence of the media and yellow journalism on American sentiment towards foreign affairs during the period. [17]

William Walker's filibusters are the subject of a poem by Ernesto Cardenal. [18] Other media portrayal of filibustering include: Richard Harding Davis novels, The 1987 film Walker by Alex Cox, Joan Didion's A Book of Common Prayer, Ned Buntline's novels The B'hoys of New York and The Mysteries and Miseries of New Orleans and Lucy Petway Holcombe's The Free Flag of Cuba.