From Wikipedia, the free encyclopedia
For other uses, see Encino (disambiguation).
District of Los Angeles in California, United States

Encino is a neighborhood in the San Fernando Valley region of Los Angeles, California. 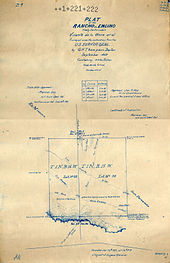 In 1769, the Spanish Portola expedition, first Europeans to see inland areas of California, traveled north through Sepulveda pass into the San Fernando Valley on August 5 and stayed two nights at a native village near what is now Los Encinos State Historic Park. Fray Juan Crespi, a Franciscan missionary travelling with the expedition, named the valley "El Valle de Santa Catalina de Bolonia de Los Encinos" (The Valley of St. Catherine of Bologna of the Oaks). [1] All of Crespi's name was later dropped except "Encino".

Rancho Los Encinos (Ranch of Oak Trees) was established in 1845 when a large parcel of former Mission San Fernando land was granted to three Mission Indians by governor Pio Pico. Many ranchos were created after the secularization of the California missions, which began in 1834. Encino derives its name from the rancho. [2]

In 2000 the median age for residents was 42, considered old for city and county neighborhoods; the percentages of residents aged 50 and older were among the county's highest. [3]

The median yearly household income in 2008 dollars was $78,529, considered high for the city. The percentage of households that earned $125,000 and up was high for Los Angeles County. The average household size of 2.3 people was low when compared to the rest of the city and the county. Renters occupied 38.4% of the housing stock and house- or apartment-owners held 61.6%. [3]

The percentages of divorced residents and of widowed men and women were among the county's highest. In 2000 military veterans amounted to 10.6% of the population, a high rate for the county. [3] 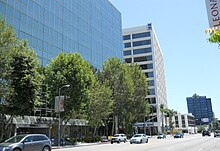 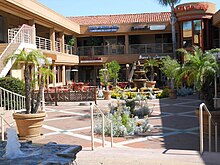 The local economy provides jobs primarily in health care (including one of two Encino-Tarzana Regional Medical Center hospitals), social services, and professional services (accounting and financial services, real estate, and legal) sectors. There are approximately 3,800 businesses employing about 27,000 people at an annual payroll of $1.4 billion. [6]

Encino is in Los Angeles County Board of Supervisors district 3 and Los Angeles City Council District 5. It is also represented within the city of Los Angeles by the Encino Neighborhood Council, [7] an advisory body under the auspices of the city Department of Neighborhood Empowerment (DONE). [8]

Forty-six percent of Encino residents aged 25 and older had earned a four-year degree by 2000, a high percentage for both the city and the county. The percentage of those residents with a master's degree or higher was also high for the county. [3]

Schools within the Encino boundaries are: [11] 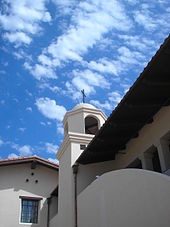 The Sepulveda Dam Recreation Area, located in Encino, [18] includes the Woodley Worel/Magnus Cricket Complex with the four best grass cricket pitches in the United States. Host to many famous stars and games reflecting cricket's origins in Los Angeles from 1888. [19] Also included in the basin is the Encino Golf Course and the Balboa Golf Course, having a total of 36 golf holes. The Balboa Municipal Golf Course, a short-length golf course, was lengthened by Steve Timm in 2008. The Balboa course has a banquet room, back nine play, cart rental, club rental, classes, a lighted driving range, a lounge, practice chipping greens, practice putting greens, and a restaurant. [20] The Encino Municipal Golf Course, the second course of the two Sepulveda Dam courses, is a medium-length course that was designed by William P. Bell and Sons and opened in 1957. The course has large, tree-lined fairways. The course has the same features that the Balboa course has. [21] 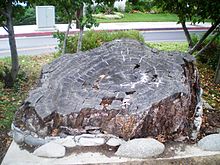 The stump pictured is all that remains of the historic millennium-old California Live Oak.

The Encino Velodrome has provided an outdoor oval bicycle racing track since 1963.

The Sepulveda Basin Recreation Area [83] [84] is a large area with multiple golf courses, tennis courts, soccer fields, baseball diamonds, bike paths, and a lake bordered by about 2,000 Pink Cloud cherry trees that blossom in the spring and were donated anonymously. Encino Park was founded around 1937 and still draws youngsters to its playgrounds, as well as visitors to its basketball courts and two lighted tennis courts.

For over a millennium, the area known as Encino was the home of a massive California live oak known as the Encino Oak Tree. It is possible that Encino is named because of this particular tree. (Encino is the Spanish word for "evergreen" or "holm oak.") It was known for its size and longevity. The tree died on February 7, 1998, after an El Niño storm felled it. Today there is a monument to the great tree at the corner of Ventura Boulevard and Louise Avenue where the Encino Oak once stood. [85]