From Wikipedia, the free encyclopedia
This article is about the American politician. For the musician, see Ed Case (musician).
U.S. Representative from Hawaii

Case, a Blue Dog Democrat, first came to prominence in Hawaii as majority leader of the Hawaii State Legislature and in his 2002 campaign for governor of Hawaii.

First elected to the House of Representatives in 2002 in a special election to fill the seat of Patsy Mink, who died of pneumonia, Case represented Hawaii's 2nd congressional district until 2006, when he unsuccessfully challenged Daniel Akaka in the Democratic primary for the U.S. Senate.

In 2010 Case was one of two Democratic candidates in the special election for Hawaii's 1st congressional district. With the Democratic vote split, Republican Councilman Charles Djou's 39% of the vote earned him the seat. Case ran again in the Democratic primary for the November general election, but suspended his campaign in May. [1] Colleen Hanabusa, Case's fellow Democrat in the special election, went on to win the primary and the general election against Djou. Case again ran for the Senate in 2012 after Daniel Akaka announced his retirement, but lost to Mazie Hirono. [2]

In July 2013 Case announced that he was joining Outrigger Enterprises Group and that his political career was "likely" over. [3] In June 2018, Case reversed his decision and announced he would run again in Hawaii's 1st congressional district. [4] Case won the crowded Democratic primary election in August 2018, [5] and went on to win the general election. [6] He took office in January 2019. [7]

Case was born in Hilo, the eldest of six children. In 1970, Case graduated from Hawaii Preparatory Academy in Kamuela. After high school, Case traveled for a year in Australia, where he worked as a jackaroo on a New South Wales sheep station, and in New Zealand. Case then attended Williams College in Williamstown, Massachusetts, where he obtained his bachelor's degree in psychology in 1975.

In 1981, Case graduated from the University of California Hastings College of Law in San Francisco with a Juris Doctor.

From 1981 to 1982, Case served as law clerk to Hawaii Supreme Court Chief Justice William S. Richardson. From 1983 to 2002, he worked at the law firm Carlsmith Ball in Honolulu, where he became a partner in 1989, and served as managing partner from 1992 to 1994, when he was first elected to the Hawaii House of Representatives. Case resigned his partnership upon winning election to the United States Congress in 2002. Case stated in 2007 that he would work for the Honolulu-based law firm of Bays Deaver Lung Rose & Baba. [8]

Case got his first taste of political life as Legislative Assistant to Congressman and then Senator Spark Matsunaga in Washington, D.C. from 1975 to 1978. In 1985, Case won his first election, to the Mānoa Neighborhood Board of Honolulu. He became its chairman in 1987, a position he held until leaving the board in 1989.

Case served four two-year terms in the Hawaii House of Representatives from 1994 to 2002, where he focused on basic change in Hawaiʻi governance. In 1999, after Case led an effort to replace the leadership of the State House, his Democratic peers elected him Majority Leader.

A conservative Democrat by Hawaii standards, Case sought to change the current way state government operated and repeatedly warned that Hawaii was not addressing long-term fiscal challenges. On the last legislative day of 2000, Case said in a floor speech: "If you cannot make those choices, please get out of the way, because you are just making it harder for the rest of us." [14]

On January 21, 1997, in the House Judiciary Committee, Case cast the lone nay vote against advancing HB117, the bill that would allow a referendum to effectively, constitutionally ban gay marriage. [15] He and six others opposed the bill again in the full house vote. [16] When he was up for re-election in November 1998, he publicly opposed the referendum. His reasoning: "changing the Constitution would go against its intended purpose — protecting the rights of the minority against the will of the majority." [15] Leading up to the November election, polls consistently predicted that the measure would pass by 70–75%, a prediction that was accurate. [17] Due to the measure's popularity, only three other politicians or candidates in Hawaii joined his position. [18]

In early 2001, at the beginning of his fourth term in the Hawaii State House, Case chose not to continue as Majority Leader. In October 2001, Case announced his candidacy for Governor of Hawaii in 2002. Case's initial opponent was the early favorite in the race, Mayor of Honolulu Jeremy Harris, also a Democrat. Case supporters were discontented with the " Democratic Party of Hawaii machine" that had ruled the state for 40 years and perceived to have left the economy stagnant, a "machine" to which Harris was closely tied.

Despite high polling numbers, Harris abruptly dropped out of the race in May 2002 because of ongoing campaign spending investigations. Lieutenant Governor Mazie Hirono dropped out of her race for Mayor of Honolulu to challenge Case in the primary. A later entrant into the Democratic primary was D. G. "Andy" Anderson, the former Republican state chair and aide to former Honolulu Mayor Frank F. Fasi. Case told Hawaii voters that his campaign was one of government reform and the future as opposed to Hirono and Anderson who represented the "Old Boys' Network" and a status quo past.

In one of the closest primary elections for the Democratic gubernatorial nomination in Hawaii history, Hirono beat Case, 41% to 40%, with Anderson a distant third with 17%. In the general election, Hirono faced Republican Linda Lingle; Lingle won. 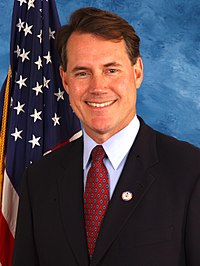 Case during the 107th Congress

U.S. Congresswoman Patsy Mink died on September 28, 2002, one week after the primary election, leaving her 107th Congress (2001–2003) seat vacant. She was subsequently posthumously reelected to the 108th Congress (2003–2005) in November of the same year. On November 30, 2002, Case was elected in a special election to serve the remaining two months of Mink's, gaining over 50% of the vote in a field of over forty. Although he didn't live in the 2nd, the federal Constitution only requires that a House candidate be a resident of the state he or she wishes to represent. During the special election, Case pointed out that he grew up on the Big Island.

Case immediately ran in a second special election on January 4, 2003 for Mink's 108th Congress seat, going up against more than three dozen other candidates. Other Democrats included Matt Matsunaga and Colleen Hanabusa. Republicans included Barbara Marumoto, Bob McDermott, and Frank Fasi. Case won that election with 43 percent of the vote.

In June 2018, Case joined the crowded race for the 2018 Democratic primary election, set for August 11, 2018. [21] He won the primary election with 40% of the vote, defeating 6 other challengers, including Doug Chin, the incumbent Lieutenant Governor. [22] In the 2018 General Election in November, Case carried Hawaii's 1st congressional district by a 50-point margin, 73.1%—23.1%, [23] defeating Republican Campbell Cavasso.

Case sponsored 36 bills between 2003 and 2006. Of those bills, Congress passed H.Con.Res.218 recognizing 100 years of Filipino-American immigration to America, the Kaloko-Honokohau National Historical Park Addition Act (H.R.546 / Public Law No. 108-142), legislation (H.R. 2030 / Public Law No: 108-5) designating the U.S. Postal Service facility located in Paia, Hawaii as the Patsy Takemoto Mink Post Office Building, and the Kilauea Point National Wildlife Refuge Expansion Act (H.R. 2619 / Public Law No. 108-481). Two of his other bills were included in subsequent legislation. H.R. 3535, to include country of origin labeling for macadamia nuts, was included in the 2008 Farm Bill. Congresswoman Mazie Hirono reintroduced the Kalaupapa Memorial Act (H.R. 4529), which she added to Public Law No. 111-11.

While Case entered the House of Representatives too late to cast a vote on the Iraq War Resolution, he supported the Iraq War throughout his tenure in the House. As late as 2006, he opposed a firm timetable for withdrawal. [24]

In 2005, Case voted for Rep. Jeb Hensarling's (R-TX) amendment to eliminate funding for PBS, NPR, and Title X family planning, including money for Planned Parenthood. He was the only Democrat to support the amendment, which failed 102–320. [27] [28]

Case also introduced the Northwestern Hawaiian Islands National Marine Refuge Act (H.R. 2376), which would have protected the Northwestern Hawaiian Islands by making them a national marine refuge. In June 2006, President George W. Bush achieved much of the bill's goals by issuing a public proclamation creating the Papahanaumokuakea Marine National Monument under the authority of the Antiquities Act of 1906.

On July 25, 2019, Case along with Congressmen Don Young, Brad Sherman and Ted Yoho founded the Congressional Pacific Islands Caucus in order to increase Congressional attention to the importance of the Indo-Pacific region. [31] The Caucus was also formed to encourage greater education for Members of the House of Representatives to the unique environmental, defense and economic issues of island nations and states in the Pacific Ocean.

On August 27, 2019 Case introduced H.R. 4547, the Safe and Quiet Skies Act. The bill would regulate tour airplane and helicopter flights and, among other things, set decibel limits over residential neighborhoods, prohibit overflights of military facilities, national parks, and residential areas by air tours and require a sterile cockpit. [32] The introduction followed two fatal air tour helicopter crashes in Hawaii that killed a total of 14 people. [33]

Akaka centered his campaign on the difference in support for the U.S. intervention in Iraq. He was one of only a handful of Democratic Senators to vote against the use of force resolution against Iraq in 2002; Case, while not in Congress at the time of the vote, had said he would have voted in support of the resolution. [37]

Despite his loss, Case decided to stay in politics. [8]

On March 29, 2009, Case announced his candidacy for Congress to represent Hawaii's 1st congressional district being vacated by Neil Abercrombie. [38] His main opponents were fellow Democrat Colleen Hanabusa and Republican Charles Djou. Both Case and Hanabusa represented different wings of the party, Case being a conservative Blue Dog Democrat, while Hanabusa was preferred by the liberal wing. [39] Hanabusa secured the endorsement of EMILY's List, the local party establishment, and local labor unions. [39] [40] Case was at odds with the party establishment over his primary challenge to U.S. Senator Daniel Akaka in 2006 when he was still Representative of the 2nd district.

Both Case and Hanabusa proposed that the other drop out for the sake of party unity. [41] The Democratic Congressional Campaign Committee (DCCC) dispatched an aide to the state in the hopes of at least ensuring no other Democrats enter the race. [39] It was unlikely either Democrat would drop out; both represented different views and both already faced off in a 2002 special election for Hawaii's 2nd congressional district, which Case won. [39] [42] On May 10, 2010, the DCCC said it would not spend any further resources on the race, preferring to save those resources for the November election. [43]

Case initially said he would run in the next primary against Hanabusa, but later changed his mind and dropped out of the race, citing party unity and his third-place finish. [1]

The Ed Case Papers were donated to the University of Hawaii at Manoa Library and are held in the Hawaii Congressional Papers Collection of the Library's Archives & Manuscripts Department. The Papers consist of materials from his years in the U.S. Congress and from his terms in the Hawaii Legislature, as well as campaign material from his successful and unsuccessful (state governor, U.S. senator) campaigns. The papers were processed in 2007 by archivist Ellen Chapman, and will be opened for research on January 3, 2037.

Case has two children from his first marriage, from 1988 to 1998: James (b. 1988) and David (b. 1990). In 2001 Case married Audrey Nakamura, a former classmate from Hawaii Preparatory Academy, who is a flight attendant with United Airlines. Case became reacquainted with her during their 30th class reunion. "I was in a definite, major-league crush with her for two years back in seventh and eighth grade," Case said in an interview. Audrey had two children of her own, David (b. 1983) and Megan (b. 1986), from a previous marriage.

His cousin Steve Case is the co-founder of America Online, as well as the former chairman of Time Warner.