From Wikipedia, the free encyclopedia
Main article: State governments of the United States

Each state is itself a sovereign entity, and as such, reserves the right to organize in any way (within the above stated parameter) deemed appropriate by its people. As a result, while the governments of the various states share many similar features, they often vary greatly with regard to form and substance. No two state governments are identical. The following tables compare and contrast some of the features of U.S. state governments.

With the exception of Nebraska, all American state legislatures are bicameral, meaning there is one legislative body separated into two units. Nebraska eliminated its lower house with a referendum during the 1936 elections. Also, some systems, such as New York's, have two legislative bodies while never technically referring to them in the state constitution as a single body. These dual systems are generally considered bicameral.

While only 13 states have a filibuster, there are often restrictions on the majority a state needs to raise taxes. 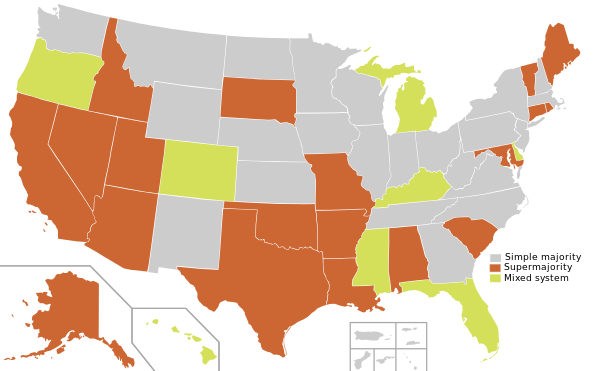 The Governor is the chief executive official in each state.

Note: Table does not distinguish between consecutive term limits and total term limits, unless otherwise noted.