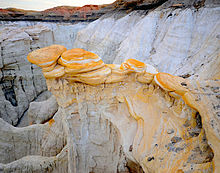 Coconino County is a county located in the north-central part of the U.S. state of Arizona. Its population was 134,421 at the 2010 census. [1] The county seat is Flagstaff. [2] The county takes its name from Cohonino, [3] a name applied to the Havasupai. It is the second-largest county by area in the contiguous United States, behind San Bernardino County, California, with its 18,661 sq mi (48,300 km2), or 16.4% of Arizona's total area, making it larger than each of the nine smallest states.

Coconino County contains Grand Canyon National Park, the Havasupai Nation, and parts of the Navajo Nation, Hualapai Nation, and Hopi Nation. It has a relatively large Native American population at nearly 30% of the county's total population, being mostly Navajo with smaller numbers of Havasupai, Hopi, and others.

After the building of the Atlantic & Pacific Railroad in 1883, the region of northern Yavapai County began experiencing rapid growth. The people of the northern reaches had tired of the rigors of travelling all the way to Prescott for county business. They also believed that they were a significant enough entity that they should have their own county jurisdiction, so they decided in 1887 to petition for secession from Yavapai and the creation of a new Frisco County. They remained part of Yavapai, however, until 1891, when Coconino County was formed and its seat declared to be Flagstaff.

According to the U.S. Census Bureau, the county has a total area of 18,661 square miles (48,330 km2), of which 18,619 square miles (48,220 km2) are land and 43 square miles (110 km2) (0.2%) are covered by water. [4] It is the largest county by area in Arizona and the second-largest county in the United States (excluding boroughs in Alaska) after San Bernardino County in California. It has more land area than each of: Connecticut, Delaware, Hawaii, Maryland, Massachusetts, New Hampshire, New Jersey, Rhode Island, and Vermont.

The highest natural point in the county, as well as the entire state, is Humphreys Peak at 12,637 ft or 3,852 m. The Barringer Meteor Crater is located in Coconino County. 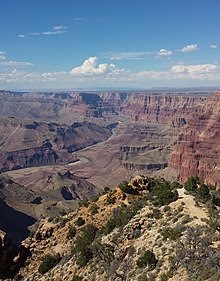 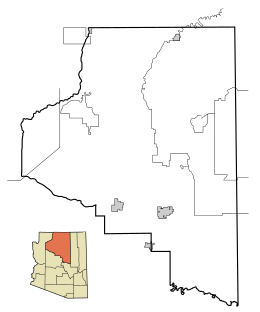 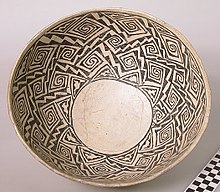 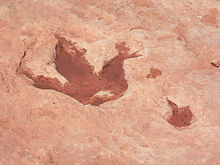 The population ranking of the following table is based on the 2010 census of Coconino County. [15] [16] † county seat

Coconino County has trended towards the Democratic Party in modern times after being a Republican stronghold between the 1950s and 1980s. It was won by every Republican presidential nominee between 1952 and 1988; however, no Republican since George H. W. Bush in 1988 has managed to come within 6% of reclaiming the county.

Flagstaff Pulliam Airport is a public airport located four miles (6 km) south of the central business district of Flagstaff, it is mostly used for general aviation but is also served by two commercial airlines.

Amtrak has a passenger railroad stations in Flagstaff and formerly in Williams, with daily service on the Southwest Chief to the east towards Chicago, and to the west towards Los Angeles.

The Grand Canyon Railway, a tourist railroad, links Williams with the canyon's South Rim in the Grand Canyon National Park and has service every day except Christmas.