Cobb County is a suburban county of Atlanta in the U.S. state of Georgia, located in the north central portion of the state. As of 2019, the population was 760,141, [1] making it Georgia's third most-populous county. Its county seat and largest city is Marietta. [2]

Along with several adjoining counties, Cobb County was founded on December 3, 1832, by the Georgia General Assembly from the large Cherokee County territory—land northwest of the Chattahoochee River which the state acquired from the Cherokee Nation and redistributed to settlers via lottery, following the passage of the federal Indian Removal Act. [3] The county was named for Thomas Willis Cobb, a U.S. representative and senator from Georgia. It is believed that Marietta was named for his wife, Mary. [4]

Cobb County is included in the Atlanta-Sandy Springs-Roswell, GA Metropolitan Statistical Area. It is situated immediately to the northwest of Atlanta's city limits.

The U.S. Census Bureau ranks Cobb County as the most-educated in the state of Georgia and 12th among all counties in the US. [6] It has ranked among the top 100 highest-income counties in the United States. [7] In October 2017, Cobb was ranked as the "Least Obese County in Georgia". [8]

Cobb county was one of nine Georgia counties carved out of the disputed territory of the Cherokee Nation in 1832. [9] It was the 81st county in Georgia and named for Judge Thomas Willis Cobb, who served as a U.S. Senator, state representative, and superior court judge. It is believed that the county seat of Marietta was named for Judge Cobb's wife, Mary. [10]

The state started acquiring right-of-way for the Western & Atlantic Railroad in 1836. A train began running between Marietta and Marthasville (now Atlanta) in 1845. [11] 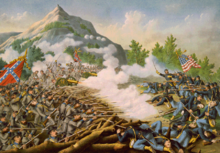 Painting of the Battle of Kennesaw Mountain[ clarification needed]

During the American Civil War, some Confederate troops were trained at a camp in Big Shanty (now Kennesaw), where the Andrews Raid occurred, starting the Great Locomotive Chase. [11] There were battles of New Hope Church May 25, 1864, Pickett's Mill May 27, and Dallas May 28. These were followed by the prolonged series of battles through most of June 1864 until very early July: the Battle of Marietta and the Battle of Noonday Creek. [12]c

The Battle of Allatoona Pass on October 5, 1864, occurred as Sherman was starting his march through Georgia. Union forces burnt most houses and confiscated or burnt crops. [13]

The Battle of Kennesaw Mountain June 27, 1864, was the site of the only major Confederate victory in General William T. Sherman's invasion of Georgia. Despite the victory, Union forces outflanked the Confederates.[ citation needed]

In 1915, Leo Frank, the Jewish supervisor of an Atlanta pencil factory who was convicted of murdering one of his workers, thirteen-year-old Mary Phagan, was kidnapped from his jail cell and brought to Frey's Gin, two miles (3 km) east of Marietta, where he was lynched.

Cotton workers in Mableton, around 1900

Cotton farming in the area peaked from the 1890s through the 1920s. Low prices during the Great Depression resulted in the cessation of cotton farming throughout Cobb County. [14] The price of cotton went from 16¢ per pound (35¢/kg) in 1920 to 9½¢ (21¢/kg) in 1930. This resulted in a cotton bust for the county, which had stopped growing the product but was milling it. This bust was in turn, followed by the Great Depression. [11] [15][ clarification needed] To help combat the bust, the state started work on a road in 1922 that would later become U.S. 41, later replaced by Cobb Parkway in the late 1940s and early 1950s.

In 1942, Bell Aircraft opened a Marietta plant to manufacture B-29 bombers and Marietta Army Airfield was founded. Both were closed after World War II, but reopened during the Korean War, when the air field was acquired by the Air Force, renamed Dobbins AFB, and the plant by Lockheed. During the Korean and Vietnam Wars, Lockheed Marietta was the leading manufacturer of military transport planes, including the C-130 Hercules and the C-5 Galaxy. "In Cobb County and other sprawling Cold War suburbs from Orange County to Norfolk/ Hampton Roads, the direct link between federal defense spending and local economic prosperity structured a bipartisan political culture of hawkish conservatism and material self-interest on issues of national security." [16]

When county home rule was enacted statewide by amendment to the Georgia state constitution in the early 1960s, Ernest W. Barrett became the first chairman of the new county commission. The county courthouse, built in 1888, was demolished, spurring a law that now prevents counties from doing so without a referendum.

In the 1960s and 1970s, Cobb transformed from rural to suburban, as integration spurred white flight from the city of Atlanta, which by 1970 was majority-African-American. Real-estate booms drew rural white southerners and Rust Belt transplants, both groups mostly first-generation white-collar workers. Cobb County was the home of former segregationist and Georgia governor Lester Maddox (1966–71). In 1975, Cobb voters elected John Birch Society leader Larry McDonald to Congress, running in opposition to desegregation busing. A conservative Democrat, McDonald called for investigations into alleged plots by the Rockefellers and the Soviet Union to impose "socialist-one-world-government" and co-founded the Western Goals Foundation. In 1983, McDonald died aboard Korean Air Lines Flight 007, shot down by a Soviet fighter jet over restricted airspace. I-75 through the county is now named for him. 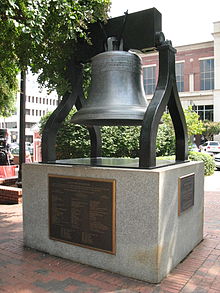 Glover Park Bell, on the square in Marietta

In 1993, county commissioners passed a resolution condemning homosexuality and cut off funding for the arts after complaints about a community theater. [17] After protests from gay rights organizations, organizers of the 1996 Summer Olympics pulled events out of Cobb County, including the Olympic Torch Relay. The county's inns were nevertheless filled at 100% of capacity for two months during the event. [11] 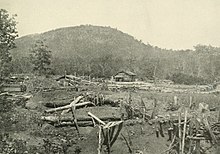 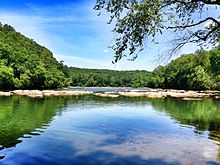 According to the U.S. Census Bureau, the county has a total area of 345 square miles (890 km2), of which 340 square miles (880 km2) is land and 4.0 square miles (10 km2) (1.4%) is water. [18] The county is located in the upper Piedmont region of the state, with a few mountains located within the county, considered to be part of the southernmost extensions of the Appalachian Mountains.

The county is divided between two major basins. Most runoff flows into the Middle Chattahoochee- Lake Harding and Upper Chattahoochee River sub-basins of the ACF River Basin (Apalachicola-Chattahoochee-Flint River Basin) along the southeastern border, directly via Willeo Creek, Sope Creek (Sewell Creek), Rottenwood Creek (Powers Creek, Poorhouse Creek, Poplar Creek), Nickajack Creek and others.[ citation needed] The large Sweetwater Creek is the other major stream, carrying the waters of Noses Creek (Ward Creek, Olley Creek, Mud Creek), Powder Springs Creek (Rakestraw Creek, Mill Creek) and others into the Chattahoochee. A ridge from Lost Mountain in the west, to Kennesaw Mountain in the north-central, to Sweat Mountain in the extreme northeast, divides the far north-northwest of the county into the Etowah River sub-basin of the ACT River Basin (Coosa-Tallapoosa River Basin), which includes Lake Allatoona. Noonday Creek (Little Noonday Creek) flows northward into the lake, as does Allatoona Creek, which forms a major arm of the lake. Proctor Creek forms the much older Lake Acworth, which in turn empties directly into Lake Allatoona under the Lake Acworth Drive ( Georgia 92) bridge.[ citation needed] North Cobb is in the Coosa River basin.[ citation needed]

There are several high points in Cobb County.

Despite the lack of a grid system of city blocks though the county, all street addresses have their numeric origin at the southwest corner of the town square in Marietta.[ citation needed]

Cobb's FIPS county code is 13067. Because the National Weather Service has not subdivided the county, its WRSAME code is 013067, for receiving targeted weather warnings from NOAA Weather Radio. The county is primarily within the broadcast range of one weather radio station: KEC80, on 162.550 MHz, [20] transmitted to all of metro Atlanta and broadcast from NWSFO Peachtree City. The secondary station is the much newer WWH23 on 162.425 from Buchanan, which also transmits warnings for Cobb but has reception mainly in the western part of the county. [21]

Cobb County maintains the Cobb County Public Library System. [45] The libraries provide resources such as books, videos, internet access, printing, and computer classes. The libraries in the CCPLS are:

The Smyrna Public Library is a city-owned library in Smyrna, and is not part of the county system.

Under Georgia's home rule provision, county governments have free rein to legislate on all matters within the county, provided that such legislation does not conflict with state or federal laws or constitutions.

Cobb County is governed by a five-member board of commissioners, which has both legislative and executive authority within the county. The chairman of the board is elected county-wide. The other four commissioners are elected from single-member districts. The board hires a county manager who oversees day-to-day operations of the county's executive departments.

County residents also elect a sheriff, district attorney, probate court judge, clerk of superior court, clerk of the state court, state court solicitor, chief magistrate judge (who then appoints other magistrate court judges), superior court judges, state court judges, tax commissioner, surveyor, and a seven-member board of education. In addition to the county sheriff, the constitutional chief law enforcement officer of the county, Cobb County has a separate police department under the authority of the Board of Commissioners. The sheriff oversees the jail, to which everyone arrested under state law is taken, regardless of the city or other area of the county where it happens, or which police department makes the arrest.

Each city has a separate police department, answerable to its governing council. Marietta, Smyrna, and Austell have separate fire departments, with the Cobb County Fire Department being the authority having jurisdiction over Kennesaw, Acworth, Powder Springs, and unincorporated areas. Cobb 911 covers unincorporated areas and the city of Marietta. Kennesaw and Acworth jointly operate a small 911 call center ( PSAP) upstairs in Kennesaw city hall, dispatching the police departments in both cities, and forwarding fire calls to Cobb. Smyrna operates a separate PSAP while offering dispatch services to the city of Powder Springs. Austell operates its own separate 911 system.

The county retails potable water to much of the county, and wholesales it to various cities. [46]

From 1964 until 2012, the county was a Republican stronghold in presidential elections. The only time during this period that the county supported a Democrat was in 1976, when Jimmy Carter swept every county in Georgia. Before 1960 it was a typical “ Solid South” Democratic county except when Warren G. Harding came close to carrying it in 1920 and Herbert Hoover won by nine points due to anti-Catholic voting against Al Smith in 1928.

In 2018, Stacey Abrams became the first Democrat to win Cobb County in a gubernatorial election since 1986 when Joe Frank Harris swept every county statewide.

In addition to the 4% statewide sales tax, Cobb County levies an additional 2% for special projects, each 1% subject to separate renewal every few years by countywide referendum (including within its cities). This funds mainly transportation and parks. Cobb levies a 1% tax to lower property taxes, but only for the public school budget, and not the additional 1% HOST homestead exemption for general funds. The county has also voted not to pay the extra 1% to join MARTA.

At the beginning of 2006, Cobb became the last county in the state to raise the tax to 6%, which also doubled the tax on food to 2%. The SPLOST barely passed by a 114 vote margin, or less than one-quarter of a percent, in a September 2005 referendum. The revenue was to go to a new county courthouse, expanded jail, various transportation projects, and the purchasing of property for parks and green space. [49] In 2008, the school tax was renewed for a third term, funding the Marietta and Cobb school systems.

Shopping centers in the county include:

The Consulate-General of Costa Rica in Atlanta is located in Suite 100 at 1870 The Exchange in an unincorporated section of Cobb County. [58] 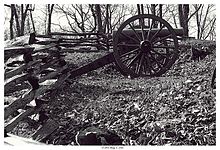 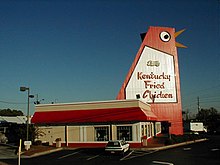 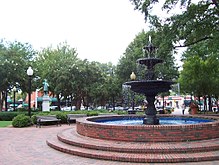