Charles-Louis Clérisseau (28 August 1721 – 9 January 1820) was a French architectural draughtsman, antiquary and artist. He had a role in the genesis of neoclassical architecture during the second half of the 18th century.

Born in Paris, Clérisseau was a pupil of the architect Germain Boffrand. In 1746, in his mid-twenties, he won a Premier Prix de Rome in the architectural competition to design Un grand hôtel, or great mansion.

The prize included a scholarship to study in Rome, and in 1749 Clérisseau became an official pensionnaire (resident) at the French Academy in Rome, where his instructors included the painter of ruins Giovanni Paolo Pannini. [3] In Rome he also befriended Giovanni Battista Piranesi and Claude-Joseph Vernet, and in 1752 the three of them set out on a sketching tour of Hadrian's Villa at Tivoli. Before beginning to draw, the three first had to cut and burn away the undergrowth, where lurked colonies of venomous snakes and scorpions. [4]

In 1753, Clérisseau's final months at the Academy were marred by a bitter dispute with its director, Charles-Joseph Natoire. Clérisseau was for a time expelled, but was eventually allowed to return and complete his scholarship. [5]

In 1755 the Scottish architect Robert Adam arrived in Florence, where he met Clérisseau, who accompanied him to Rome; there Adam resolved, under the spell of Clérisseau, to produce a volume for publication upon his return that would establish him as a serious architect. The project he selected was a volume documenting the ruins of Diocletian's Palace at Split, easily accessible on the Dalmatian coast. Over a period of five weeks in 1757 Adam sketched and supervised the documentation of the ruins, while Clérisseau produced perspectives, and two German draftsmen undertook the measured drawings. Most of the published engravings in Adam's Ruins of the Palace of the Emperor Diocletian at Spalatro (1764) are believed to be the work of Clérisseau, though he received no credit.

Clérisseau passed most of the next decades in Rome. As it had done since the High Renaissance, ancient Rome and modern Rome functioned as a cultural hub, the ruins of Classical Antiquity providing a school in themselves, if one had a knowledgeable guide. Clérisseau served as a mentor to a generation of young architectural students who (like Clérisseau) had won the prestigious Prix de Rome and came to study at the French Academy in Rome. He also guided the developing taste for the Antique in young French and British artists and gentlemen amateurs on the Grand Tour. His skillful drawings of ancient architectural details, of real Roman ruins and imaginary ones, helped form the taste of young architects like Robert Adam in the 1750s and his brother James Adam, in 1760-63. Clérisseau added to his income by providing architectural illustrations, sometimes in series, for young men on the Grand Tour. [6]

Return to Paris; dealings with Catherine the Great and Thomas Jefferson 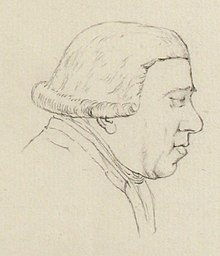 Profile of Clérisseau sketched by an anonymous artist in 1809, Musée Carnavalet

Upon his return to Paris in the summer of 1867, [7] Clérisseau became a magnet for young neoclassical architects, like François-Joseph Bélanger, who themselves never visited Rome.

As a designer and architect, Clérisseau attracted a prestigious clientele, including Catherine the Great. [3] "Catherine had been buying wholesale quantities of albums of prints and drawings with views of Graeco-Roman structures, and these came to include numerous gouaches by Clérisseau...[which] were made accessible to Neoclassical architects working for Catherine, notably to Giacomo Quarenghi and Charles Cameron." In 1773 Catherine commissioned from Clérisseau "a series of drawings...as part of her plans to build an 'Antique' park pavilion," whereupon "Clérisseau enraged her by sending a vast quantity of drawings for an immense and grandiose palace—and a huge bill." [8] He was nonetheless named premier architecte de l'impératrice de Russie. [9]

For the Hôtel Grimod de La Reynière, built in Paris in 1775, Clérisseau and Étienne de La Vallée Poussin executed the first decorative scheme in Europe to be inspired by the recent archaeological discoveries at Pompeii and Herculanum. A set of eight painted boiseries depicting sixteen scenes from the life of Achilles were sold in 1850 and are now in the collection of the Victoria and Albert Museum in London.

From 1785-89, Clérisseau assisted Thomas Jefferson in producing designs for the Virginia State Capitol. At the time, Jefferson was residing in Paris, serving as American Minister to France. Jefferson wrote that "it was a considerable time before I could find an architect whose taste had been formed on a study of ancient models of this art; the style of architecture in this capital [Paris] being far from chaste." Clérisseau, he noted, "has studied 20 years in Rome, and has given proofs of his skill and taste by a publication of some antiquities of this country." Jefferson was referring to the first (and only) volume in Clérisseau's intended series Antiquités de la France, published in Paris in 1788 with the subtitle Monumens de Nismes. The folio included detailed engravings of the Maison Carrée, the ancient Roman temple in Nîmes that inspired Clérisseau's collaboration with Jefferson on the design for the Virginia State Capitol. Jefferson admired the Maison Carrée as "one of the most beautiful, if not the most beautiful and precious morsel of architecture left us by antiquity." [10]

Clérisseau created works on paper using a variety of media, often in combination, including pencil, chalk, ink, watercolor, and gouache. Many of his works were reproduced as etchings by engravers including Domenico Cunego (the series Views of Antique Buildings and Famous Ruins in Italy), Francesco Bartolozzi, Francesco Zucchi and Paolo Santini.

The largest cache of Clérisseau's work is in the collection of the Hermitage in St. Petersburg. An exhibition of these works was presented in 1995 at the Louvre in Paris, and in 1996 at the Hermitage; an illustrated catalogue with notes and essays was published in 1995 in Paris by Editions de la Réunion des Musées Nationaux.

Large groups of works by of Clérisseau are also conserved at Sir John Soane's Museum in London (four drawings and twenty-two works in gouache can be seen at the museum's web site) and at the Fitzwilliam Museum, Cambridge.

Works by Clérisseau are also in the collections of the Louvre, the Musée Cantini in Marseille, the Victoria and Albert Museum, the Royal Collection Trust, the Whitworth Art Gallery at the University of Manchester, the Albertina in Vienna, the Rijksmuseum, the Metropolitan Museum of Art, the Museum of Fine Arts, Boston, the Fleming Museum of Art at the University of Vermont, the Blanton Museum in Austin, the Huntington Library in San Marino, California, and the Legion of Honor in San Francisco.