Since its founding in 1956, Bel Air Church has become one of the most influential churches in Los Angeles. The church is on the "Educational Corridor" on Mulholland Drive, on a hill overlooking the San Fernando Valley. On Jewish high holy days, Bel Air Church hosts services for the Stephen S. Wise Temple, a Reform Jewish congregation, which is in the same Bel Air neighborhood. [4]

The original sanctuary organ was a four-manual, sixty-eight rank mechanical action pipe organ by Casavant. It was seriously damaged, mostly by water leakage, in the 1994 Northridge earthquake. It was later rebuilt as a pipe combination instrument with a digital console from Rodgers Instruments Corporation, in protest of which Casavant declared it to be "destroyed" and stricken from their register of surviving instruments.[ citation needed] At the time of its re-dedication, it was one of the largest digital/pipe combination organs in the world.

In 2007, the church completed a $12 million campus expansion program, The Campaign for Bel Air: Phase I, which included the two story Education Building, Discipleship Center, and Administration Building, including staff offices with stunning views overlooking the San Fernando Valley. The campus also has a full-service cafe.

Rev. Dr. Moomaw presided over a private service for the family of First Lady Nancy Reagan before her state funeral at the Reagan Library. 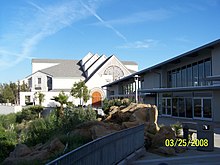 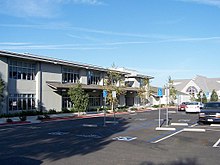 Many members of Bel Air Church are involved in the entertainment industry, and many are prominent leaders across every industry in the Los Angeles community. [7]

Bel Air Church is a founder of Imagine LA, a mentorship program that matches families exiting homelessness with volunteer teams from faith communities, corporations, and other committed organizations. [8]

Bel Air Church has an extensive outreach department which partners with other community service organizations in Los Angeles.

For over twenty-five years Bel Air Church has packed and distributed over 10,000 meals to those in need at Thanksgiving. [9]