The Arizona State Sun Devils are the athletic teams that represent Arizona State University. ASU has nine men's and eleven women's varsity teams competing at the National Collegiate Athletic Association (NCAA) Division I level as a member of the Pac-12 Conference. The mascot was adopted in 1946; earlier nicknames were the Normals and later, the Bulldogs. The Sun Devil mascot, Sparky, was designed by former Disney illustrator Bert Anthony. ASU's chief rival is the University of Arizona Wildcats, and both universities' athletics departments compete against each other in the Territorial Cup Series.

See also: List of NCAA schools with the most AIAW Division I national championships

Arizona State University currently sponsors teams in 11 men's and 15 women's NCAA sanctioned sports, following the 2015 elevation of the men's ice hockey club team to varsity status. In the fall of 2015, Arizona State announced the addition of women's triathlon and women's lacrosse. Triathlon began competition in the fall of 2016, with lacrosse starting competition in the spring of 2018. [2] In spring 2016, ASU announced the reinstatement of men's tennis, which had been dropped after the 2007–08 school year. [3] 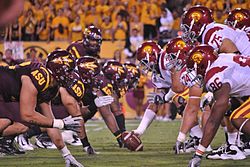 The Sun Devils played in the Border Conference between 1931 and 1961, before joining the Western Athletic Conference. Led by legendary head coach Frank Kush, the Sun Devils posted a remarkable 64–9 record between 1970 and 1975, culminating in a 17–14 upset of the Nebraska Cornhuskers in the 1975 Fiesta Bowl.

After the 2006 season, Dirk Koetter was fired after six seasons, and on December 6, 2006, athletic director Lisa Love hired Dennis Erickson to become the head coach at ASU. Erickson, in his first year as coach of the Arizona State Sun Devils, led the team to 10 wins, a share of the Pac-10 title with USC, and the Holiday Bowl against the University of Texas Longhorns. Dennis Erickson was fired on November 28, 2011 after five seasons with the Sun Devils. He was replaced by coach Todd Graham on December 14, 2011. Lisa Love was fired from her position as vice president for University Athletics and Athletics Director on March 28, 2012 and was immediately replaced by Steve Patterson. The current Athletics Director since 2014 has been Ray Anderson, who selected former NFL player and coach Herm Edwards to replace Todd Graham as Arizona State's head coach in 2018.

In Coach Edwards’ first season in 2018, the Sun Devils went 5–1 at home including two Top-15 upsets over Michigan State and Utah. 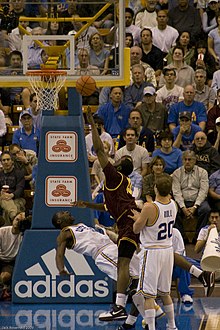 The Arizona State Sun Devils have appeared in the NCAA Tournament 13 times, including 3 Elite Eights (1961, 1963, 1975). They have won 8 conference championships (4 WAC and 4 BOR) and finished in the final AP rankings 7 times. The highest national ranking the Sun Devils have achieved was No. 3 under Ned Wulk during the 1980–81 season when the starting lineup included Byron Scott, Fat Lever, and Alton Lister. Ned Wulk was the men's basketball coach from 1958 to 1982 and remains the most successful coach in the history of the program with a record of 406 – 272 (.599).

Arizona State appeared in the NAIA Men's Basketball National Tournament two years ( 1948 and 1953). Both years losing in the second round, leaving the NAIA with a tournament record of 2–2.

Bobby Hurley is the current head coach of the Sun Devils, leading Arizona State to a 12–0 non-conference record in 2017, and a signature win over the #1 ranked Kansas Jayhawks on December 22, 2018 – the first win over a top ranked team at home in program history.

Herb Sendek stepped down as head coach of the North Carolina State Wolfpack and accepted the head coaching job at Arizona State in 2006. Sendek took the Wolfpack to five consecutive NCAA Tournaments and also won ACC coach of the year in 2004. Sendek was credited for bringing a "basketball atmosphere" and level of excitement to the ASU campus that had been absent for years. In his first four seasons at ASU, Sendek led the Sun Devils to three consecutive 20 win seasons, the 2009 Pac-10 conference tournament finals, and the second round of the NCAA tournament. 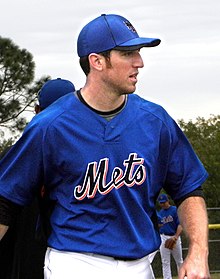 ASU baseball has won 21 conference championships (including four consecutive Pac-10 titles from 2007–2010) and reached the College World Series 22 times. The Sun Devils have also reached the NCAA tournament 40 times, most recently in 2019.

Arizona State began their Sand Volleyball program in 2014. It officially became an NCAA Championship sport in 2016, as they changed the sport's name to Beach Volleyball. ASU is currently one of nine schools to play Beach Volleyball in the Pac-12 Conference, along with Arizona, California, Stanford, Oregon, UCLA, USC, Utah, and Washington. In their first four seasons, the Sun Devils have had three head coaches. Jason Watson led ASU for two seasons from 2014–2015, Jackie Bunker for one season in 2016, and Brad Keenan starting in 2017.

Home matches are hosted at the PERA Club, which is located on 1 E. Continental Dr. Tempe, AZ 85281. The PERA Club (short for Project Employees Recreation Association) is a private country club for employees and families of the Salt River Project, the major water and power utility in Phoenix and surrounding cities. It now holds three volleyball courts after completing major renovations to accommodate the Sun Devil Volleyball team.

Led by 30+ year legendary coach John Spini, the Sun Devils women's Gymnastics team has had many fine dominating years in his reign with many all American Gymnasts to Spinis credit as well as a first class facility named after Coach John Spini who has been the face of the Girls program as he continues to recruit great gymnasts from around the country. Below is the history of top qualifiers coach has had as well as his predecessors at ASU.

Jay Santos is currently the head coach, while his wife, Jessica Santos is an associate coach for Sun Devil Gymnastics.

One of the nation's founding programs, the two-time NCAA national champion Sun Devils are in their 45th season on the diamond. ASU has recorded twenty-seven seasons of 30 or more wins and twelve with 40 or more, including an all-time high of 66 wins in 2008. The Sun Devils have appeared in 23 NCAA tournaments (33 postseason bids overall) and have made nine trips to the Women's College World Series. Prior to the current NCAA format, ASU went to seven WCWS, claiming back-to-back national tiles in 1972 and 1973. Arizona State's storied tradition of softball excellence continues to flourish under head coach Clint Myers, who has led the Sun Devils to two NCAA national championships. Myers joined Linda Vollstedt (women's golf – 7), Greg Kraft (women's track & field indoor – 2, women's track & field outdoor – 1, men's indoor track & field – 1), Bobby Winkles (baseball – 3) and Jim Brock (baseball – 2) as Sun Devil coaches with more than one NCAA title.

The Sun Devils capped off the 2008 season with their first WCWS NCAA national championship on June 3, 2008. Kaitlin Cochran hit a three-run home run, Katie Burkhart pitched a four-hitter and Arizona State routed Texas A&M 11–0 to win the title. Cochran slammed the first pitch from Megan Gibson over the left field fence in the fifth inning to give the sixth-seeded Sun Devils a 4–0 lead in the fifth inning. The margin ended up matching the second-most lopsided game in Women's College World Series history.

On June 7, 2011, the Sun Devils captured their second NCAA national championship by defeating the Florida Gators. ASU pitcher, Dallas Escobedo, became the first freshman pitcher to lead a team to the NCAA title since 1990.

Entering his 19th season, Greg Kraft is the current head coach of the Track and Field team. During his tenure the Sun Devils have won 4 NCAA Championships, 32 NCAA individual titles and produced 13 Olympians. [6] As part of being in the Pac-12 Conference, ASU competes with UCLA, UC Berkeley, University of Stanford, University of Colorado Boulder, University of Arizona, and other schools that are in Pac-12. Among the all-time Pac-12 records, three of the top ten times in the men's 4x400 relay are held by ASU (2004, 2004, 2005). The women currently hold three of the top ten spots in the 400m (1991, 2004, 2015). [7] Notable Sun Devil alumni include Olympian Dwight Phillips (Long Jump Gold Medal at 2004 Olympic games). ASU has a history producing top competitive athletes to compete in the Olympics even before 2004.

The Arizona State golf teams use Papago Golf Course as their home course. They play and Practice, as of September 2019 at The Thunderbird Golf Complex, and the Phil and Amy Mickelson Player Development Practice Facility.

Eight Sun Devils have participated in the Olympic games, most recently in the 1996 Olympic games in Atlanta. There have been two silver medalists; Zeke Jones and Townsend Saunders. [11]

Six Sun Devils have participated in the World Championships of Wrestling since 1985 (a total of 16 entries). Those wrestlers placed in the top 10 a total of ten times, including Zeke Jones, the 1991 champion at 114.5 pounds.

ASU announced plans to transition their ACHA men's hockey program to an NCAA varsity program on November 18, 2014. The Sun Devils will continue play in the ACHA in 2014–15, play a hybrid schedule in 2015–16 with a mix of NCAA and ACHA competition, play as a Division I independent in 2016–17 and join a conference in 2017–18. [13] The National Collegiate Hockey Conference, Western Collegiate Hockey Association, and Big Ten [14] have been seen as potential landing spots for Arizona State. [15]

The ASU hockey team has a proud history of ACHA hockey. The highlight included winning the 2013–2014 ACHA National Championship, beating Robert Morris 3–1 to win its first national championship in hockey. The team is led by Coach Greg Powers. Coach Powers enters his eighth overall season on the Sun Devil coaching staff and his first as head coach of ASU's NCAA Division I Hockey program. In the 2013–14 Season Coach Powers helped guide the Sun Devils to their 1st ever ACHA Division I National Championship. He holds a 164–27–9 career record, and his team ended the 2014–2015 season ranked No. 3 in the ACHA with a 35–4–1 record, qualifying for the team's third-straight ACHA Division I Final Four. Since taking the reins as head coach, Greg has also coached eight ACHA Div. I All-Americans and 15 ACHA Academic All-Americans. [16]

Coach Powers has helped lead Sun Devil Hockey to five consecutive ACHA National Tournament appearances, starting with his first year as head coach in 2010. In 2012–13, he led ASU to a new program best record and first ever 30 plus win season with a record of 35–8–1, its first ever Final Four Appearance, first ever National Ranking of No. 1, and a benchmark win over NCAA DI Penn State. During the 2013–2014 season, ASU Hockey won the ACHA DI National Championship, with Powers named ACHA DI National Coach of the Year. The Sun Devils were also named WCHL Conference Champions both for 2013–2014 and 2014–2015, and Powers was named WCHL Coach of the Year for 2013–2014. Powers was also named an ACHA Division I National Coach of the Year finalist in 2012–13, and 2014–15. [16]

Below are 104 national team titles won by varsity and club sports teams at the highest collegiate levels in other non-NCAA competition:

A strong academic and athletic rivalry exists between the University of Arizona and Arizona State University.

The annual football rivalry game between the two schools is known as "The Duel in the Desert." It is one of the most heated rivalries in college football. The University of Arizona has the all-time series lead with a record of 49–43–1 dating back to the time when ASU was the Tempe Normal Owls and Teacher's College Bulldogs. The school adopted the moniker, the Sun Devils, on November 20, 1946. [26] Since Arizona State became a university in 1958, the Sun Devils lead the rivalry series over the Arizona Wildcats by a record of 35-26-1. The trophy awarded after each game, the Territorial Cup, is one of the nation's oldest rivalry trophies. It is currently held by the Arizona State University.

In 2009, State Farm introduced the sponsored "State Farm Territorial Cup" for the two schools. Arizona won the inaugural season of the series 10.5 points to 7.5.

The ASU wrestling team has been dominant over the UA Wildcats with a record of 28–8 all time. [27] The University of Arizona no longer has a wrestling program.