From Wikipedia, the free encyclopedia
City in Missouri, United States

Wentzville is an exurb of St. Louis that is located in western St. Charles County, Missouri, United States. As of the 2020 census, the city had a total population of 44,372, making it the 15th largest city in Missouri. Wentzville has been the fastest growing city in Missouri, by percentage population increase, for two consecutive decades from 2000 to 2020. [3] [4] [5] As the site of the Rotary Park, Wentzville is host to the St. Charles County Fair and the St. Louis Renaissance Festival.

Wentzville was laid out in 1855. [6] The community has the name of the chief engineer of the Northern Missouri Railroad Erasmus Livingston Wentz. [7] A post office called Wentzville has been in operation since 1859. [8]

The Wentzville Tobacco Company Factory was listed on the National Register of Historic Places in 1990. [9]

Wentzville is the location of the first Vietnam Veterans Memorial in the United States. It began as a tree of lights to help raise money in 1967 to send gifts to active servicemen, but later evolved by 1984 to a carved eagle atop a pillar of granite. It has become a regular stop in the national "Run for the Wall" trip for veterans. [10]

Mural posted on the side of a downtown building.

One of the 13 U.S. service members killed in the 2021 Kabul airport attack was from Wentzville. [11]

There were 9,767 households, of which 51.5% had children under the age of 18 living with them, 65.3% were married couples living together, 11.1% had a female householder with no husband present, 4.0% had a male householder with no wife present, and 19.6% were non-families. 15.6% of all households were made up of individuals, and 5% had someone living alone who was 65 years of age or older. The average household size was 2.96 and the average family size was 3.31.

The government of Wentzville consists of a mayor, six aldermen (two for each ward), and a city administrator. City Administrator is a non-elected position, whereas the others are elected. Mayors serve four-year terms and aldermen serve two-year terms. [16] The city is divided into three wards. [17]

The city's major employer is General Motors which has a full size van and small truck assembly plant located there, called Wentzville Assembly.

One of the city's largest employers, from 2013 to 2017, was Serco. The British-based company was awarded a five-year contract in 2013 to manage the implementation of the Affordable Care Act. As a result of the contract, Serco opened its Affordable Care Act application processing facility in Wentzville in August of that same year in the building that was formerly home to the US Fidelis call center. The Wentzville Serco facility attracted national attention in 2014 after whistle-blower allegations revealed that workers spent large amounts of time sleeping or playing games due to lack of work. [18] [19] [20] [21] At its peak, Serco employed approximately 1,500 employees in Wentzville. In 2018, Serco announced its closure of the Wentzville processing center to coincide with the end of its five-year contract with the Centers for Medicaid and Medicare Services. Closing of the facility resulted in a loss of 850 jobs. [22]

According to Wentzville's 2020 Popular Annual Financial Report, [23] the top employers in the city were:

Catholic schools in Wentzville include St. Patrick School which hosts preschool through eighth grade. [28] Immanuel Lutheran School is a private Christian school off Highway N. Immanuel offers classes for children from preschool through 8th Grade. It is a Lutheran Exemplary status school. [29]

Lindenwood University has a satellite campus located in the building that was formerly home to the Southern Air Restaurant, which after many years as a popular stop for travelers between St. Louis and Columbia, Missouri was last owned by Chuck Berry. [30]

Wentzville has a public library, a branch of the St. Charles City-County Library. [33]

"In God We Trust" insignia controversy

Sally Hunt of Maryland Heights spoke to the Wentzville Board of Aldermen on February 28, 2018, regarding an " In God We Trust" insignia recently mounted on the dais. Hunt was prevented from using all her allotted five minutes to speak to the council and then was forcibly removed from the room by police claiming they were acting on order of the mayor. The ACLU sued Wentzville in April 2018 on behalf of Hunt which was settled in November 2018. City of Wentzville insurance will pay $2,670 to the ACLU to offset lawyers' fees and legal cost. According to the terms of the settlement, Wentzville law enforcement officers will not remove a person from a council meeting without probable cause. Wentzville agreed not to censor speech due to content in future open forums. [34] [35] [36] 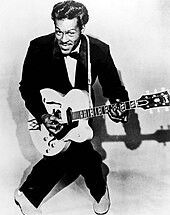