From Wikipedia, the free encyclopedia
US Air Force base near Fairfield, California, United States

Situated at the southwestern edge of the Sacramento Valley and known as the "Gateway to the Pacific," Travis Air Force Base handles more cargo and passenger traffic through its airport than any other military air terminal in the United States. The base has a long history of supporting humanitarian airlift operations at home and around the world. Today, Travis AFB includes approximately 7,260 active USAF military personnel, 4,250 Air Force Reserve personnel and 3,770 civilians. [3]

Travis AFB has a major impact on the community as a number of military families and retirees have chosen to make Fairfield their permanent home. It is the largest employer in the city and Solano County as well, and the massive Travis workforce has a local economic impact of more than $1 billion annually. The base also contributes many highly skilled people to the local labor pool. [3]

Originally named Fairfield-Suisun Army Air Base, construction began on Travis in 1942. Originally, medium attack bombers were supposed to be stationed at the base. The United States Navy had aircraft at the base for training, but this proved temporary. In October 1942, the War Department assigned the base to the Air Transport Command. The base's primary mission during World War II was ferrying aircraft and supplies to the Pacific Theater.

Following the end of World War II and the establishment of the U.S. Air Force as a separate service in 1947, the installation was renamed Fairfield-Suisun Air Force Base.

On 1 May 1949, the Strategic Air Command (SAC) became the parent major command for Travis AFB, turning it into a major long-range reconnaissance and intercontinental bombing installation for the 9th Bomb Group/ 9th Bomb Wing. For the next nine years, airlift operations became secondary while Travis served as home for SAC bombers such as the B-29 Superfortress, B-36 Peacemaker, and eventually, the B-52 Stratofortress. During this period, new hangars appeared, runways were added and widened, and permanent barracks and family living quarters were built. [5] 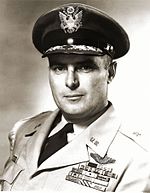 The base was renamed Travis Air Force Base in 1951 for Brigadier General Robert F. Travis, who was killed when a B-29 Superfortress crashed shortly after takeoff on 5 August 1950. The ensuing fire caused the 10,000 pounds of high explosives in the plane's cargo — a Mark 4 nuclear weapon — to detonate, killing General Travis and 18 others. (The bomb's plutonium pit was being transported in a different plane.) [6]

The Military Air Transport Service (MATS) resumed command of Travis AFB on 1 July 1958, after SAC's new dispersal policy led to the transfer of the 14th Air Division to Beale AFB, California and the 1501st Air Transport Wing (Heavy) became the host unit. On 1 January 1966, MATS was redesignated as the Military Airlift Command (MAC) and on 6 January 1966, the 60th Military Airlift Wing (60 MAW) replaced the 1501st ATW as the host unit.

As Travis was an important SAC base, it received anti-aircraft defenses in the 1950s. The 436th Anti-Aircraft Artillery Battalion was active by 1955. The 436th AAAB was redesignated as an antiaircraft artillery missile battalion on 5 January 1957 and subsequently occupied four Nike Ajax sites, which went to 1st Missile Battalion, 61st Artillery on 1 September 1958. Controlling the SAMs was the 29th Artillery Group (Air Defense). [7]

A Travis Air Force Base postcard dating from the 1970s

Over the next three decades, Travis would become known as the "Gateway to the Pacific" in its role as the principal military airlift hub in the western United States. Initially equipped with legacy C-124 Globemaster and C-133 Cargomaster aircraft from the 1501st, the year 1966 would also see the 60 MAW introduce the Air Force's new all-jet heavy airlifter, the C-141 Starlifter. In 1969, the 349th Military Airlift Wing (349 MAW) of the Air Force Reserve (AFRES) was also established as an "Associate" wing to the 60 MAW, with both units sharing the same aircraft and eventually seamlessly mixing flight crews, maintenance crews and other support personnel. In 1970, the 60 MAW and 349 MAW (Assoc) would begin concurrently operating the Air Force's largest airlift aircraft, the C-5 Galaxy. In 1991, the 60 MAW was redesignated as the 60th Airlift Wing (60 AW) and the 349 MAW was redesignated as the 349th Airlift Wing (349 AW) the following year.

In 1992, with the reorganization of the Air Force following the end of the Cold War, Military Airlift Command (MAC) was inactivated and Travis came under the control of the newly established Air Mobility Command (AMC). With the concurrent inactivation of Strategic Air Command (SAC) and the transfer of most of SAC's air refueling aircraft to AMC, the 60 AW gained KC-10 Extender aircraft that had been previously assigned to March AFB, California. With the inclusion of an aerial refueling mission into its long-time strategic airlift mission, the 60 AW and the 349 AW were redesignated as the 60th Air Mobility Wing (60 AMW) and the 349th Air Mobility Wing (349 AMW), the designations they continue to hold today. In 1997, the 349 AMW (Assoc) also became part of the newly established Air Force Reserve Command (AFRC) while remaining operationally "gained" by AMC.

Travis Air Force Base celebrates the arrival of its first C-17A Globemaster III, the "Spirit of Solano", in 2006.

In 1997, the 60 AMW also shed its C-141 aircraft, which were transferred to other Air Force, AFRC and Air National Guard (ANG) wings, while retaining its C-5 and KC-10 aircraft. In 2006, the 60 AMW and 349 AMW (Assoc) again acquired a third aircraft type in their inventory with the arrival of the C-17 Globemaster III.[ failed verification]

In January 2017, the Air Force announced that Travis Air Force Base had been selected as a future Boeing KC-46 Pegasus base and will receive a complement of 24 of the new aerial refueling aircraft. [8]

In March 2018, a vehicle filled with propane tanks rammed through the base's main gate and drove into a ditch. Then, the driver ignited a fire inside, causing the vehicle to explode and kill himself. This resulted in the main gate being closed for twelve hours. [9] The driver was later identified as Hafiz Kazi, a 51-year-old Indian-born San Francisco Bay Area resident who had been a legal permanent resident of the U.S. since 1993. [10] The FBI's Sacramento Field Office and the United States Air Force Office of Special Investigations investigated the incident as an act of terrorism, [11] [12] but they said they did not find any evidence of religious affiliations. [10]

A US Navy E-6B Mercury TACAMO assigned to VQ-3, which maintains a detachment at Travis AFB

A C-5 Galaxy takes off from Travis AFB during the Thunder Over Solano Air Show in May 2014.

Units marked GSU are Geographically Separate Units, which although based at Travis are subordinate to a parent unit based at another location.

Travis AFB is host to the Travis Air Force Base Heritage Center, one of the largest collections of military aircraft on the west coast.

The Museum of Military Aviation History has a representative collection of American military aircraft from various periods: fighters, bombers, trainers, cargo and liaison aircraft. Its exhibits showcase Jimmy Doolittle and the Tokyo Raiders, the 15th AF in WW II, the Tuskegee Airmen, the Consairways story, the Berlin Airlift, and the history of Travis AFB with special emphasis on the Korean War, the Vietnam War, and other significant military missions.

Other exhibits include a space capsule for children, air force uniforms, the nose of a WWII glider, WWII aircraft recognition models, a Link Trainer, aircraft engines, and the cockpits of a T-28, a T-37, and an F-100.