From Wikipedia, the free encyclopedia
(Redirected from Redding-Red Bluff, CA Combined Statistical Area)
City in California in the United States

Redding is a city in and the county seat of Shasta County, California, United States, in the northern part of the state. It lies along the Sacramento River, 162 miles (261 kilometers) north of Sacramento, and 120 miles (190 km) south of California's northern border with Oregon. Interstate 5 bisects the entire city, from the south to north before it approaches Shasta Lake, which is located 15 miles (24 km) to the north. The 2010 population was 90,322. [5] [6] Redding is the largest city in the Shasta Cascade region, and it is the sixth-largest city in the Sacramento Valley, behind Chico, Sacramento, Elk Grove, Roseville, and Vacaville.

During the Gold Rush, the area that now comprises Redding was called Poverty Flats. In 1868 the first land agent for the Central Pacific Railroad, a former Sacramento politician named Benjamin Bernard Redding, bought property in Poverty Flats on behalf of the railroad so that it could build a northern terminus there. In the process of building the terminus, the railroad also built a town in the same area, which they named Redding in honor of Benjamin Redding. In 1874 there was a dispute over the name by local legislators and it was changed for a time to Reading, in order to honor Pierson B. Reading, who arrived in the area in 1843, owned the Buenaventura land grant on which Redding sits, and had died only a few years before, in 1868. The name, however, was officially changed back to Redding by 1880. It has been called Redding ever since. [7] [8]

Before European settlers came to the area, it was inhabited by a tribe of Native Americans called the Wintu. At their height, the Wintu had as many as 239 villages in the Shasta County area. [9]

Although Europeans had been to California as early as 1542, when Juan Cabrillo sailed to what is now the San Diego Bay, the indigenous Indians were probably the only inhabitants of far Northern California region until Russian fur trappers came through the area in 1815.

The first European settlement in the area was established in 1844 by Pierson B. Reading, an early California pioneer who received a Rancho Buena Ventura Mexican land grant for 26,632 acres (10,778 ha) that is now covered by Redding and Cottonwood, California. At the time, it was the northernmost nonnative settlement in California.

During the Gold Rush, 49ers found gold to the north on Rock, Middle and Salt creeks, near Shasta, California, and to the south along Oregon and Olney creeks but the area that is now Redding was poor placer gold ground and called Poverty Flats. In 1868 the first land agent for the Central Pacific Railroad, a former Sacramento politician named Benjamin B. Redding, bought property in Poverty Flats on behalf of the railroad for a northern terminus, which the tracks reached in 1872. In the process of building the terminus, the railroad also built the town of Redding which was officially incorporated on October 4, 1887. In 1888, Redding won the county seat from Shasta. [10]

In the early twentieth century the town's economic growth was spurred by the significant copper and iron mineral extraction industry nearby. However, the mining industry eventually declined, causing the economy and population to falter by 1920. It recovered in the thirties as the economy boomed due to the construction of Shasta Dam to the northwest. The building of the dam, which was completed in 1945, caused Redding's population to nearly double, also spurring the growth and development of other towns in the area. [11]

Redding continued to grow steadily in the 1950s due to the region's growing lumber industry and tourism brought about by the newly completed dam. The constructions of Whiskeytown and Keswick dams also helped boost the economy by bringing new workers to the area. Interstate 5 was built during the sixties and seventies, which added to development and tourism in the region.

Growth in Redding during the '60s and '70s was also caused by annexation of an area east of the Sacramento River made up of the unincorporated community of Enterprise. Enterprise residents voted to support the annexation primarily to acquire less expensive electricity via Redding's municipal utility, which receives power from the dam.

During the 1970s, the lumber industry suffered from decline. Lumber mills in the area closed down and heavily impacted the Redding area. Things later picked up, due to a retail and housing boom in the late-1980s that continued until the mid-1990s.

In late July 2018, the Carr Fire in Shasta County seriously impacted the Redding area with the destruction of at least 1,100 [13] buildings, with several thousand more threatened, 38,000 people instructed to evacuate and 6 deaths. [14]

Redding is located at the very northwestern end of the Central Valley, which transitions into the Cascade foothills. The city is surrounded by mountains to the north, east, and west and fertile farm land to the south. Outermost parts of the city are part of the Cascade foothills, whereas southern and central areas are in the Sacramento Valley.[ citation needed]

The Shasta Dam on the Sacramento River provides a considerable level of flood protection for Redding. The dam is capable of controlling flows up to 79,000 cubic feet (7,300 cubic meters) per second. The flow rate exceeded this threshold in both 1970 and 1974. [16]

Soils in and around town are composed mostly of clay or gravelly loam texture, with red or brown mineral horizons. They are slightly or moderately acidic in their natural state. [17]

There are several rare and endangered species in Redding and its immediate vicinity. The Redding Redevelopment Plan EIR notes the California State listed endangered species, slender Orcutt grass ( Orcuttia tenuis), occurs in eastern Redding near the municipal airport, where vernal pools are known to exist. This endemic grass is a Federal Candidate for listing and is endangered throughout its range, confined to several populations, and seriously threatened by agriculture, overgrazing, and residential development. Vernal pools provide the preferred habitat for this plant, which the California Native Plant Society considers a rare and endangered species. These same vernal pools also support federally protected species such as the federally threatened vernal pool fairy shrimp (Branchinecta lynchi).

Redding has a hot-summer Mediterranean climate ( Köppen: Csa), with very hot, dry summers and cool, wet winters. Winter (October–April) provides the most precipitation of any season in Redding—the weather tends to be either rainy or foggy and at times, snow occurs. While summers are mostly hot and dry, thunderstorms are not uncommon. The average daily maximum temperature in July stays near 100 °F (37.8 °C). The highest official recorded temperature in Redding was 118 °F (48 °C) on July 20, 1988, recorded at the nearby Redding Municipal Airport and the most recent of three occasions, however some residents say they recall a high temperature of 121 in the summer of 1981 and even just recently, 126 in the summer of 2020. [18] Redding has an average possible sunshine of 88%, the second-highest percentage (after Yuma, Arizona) of any US city. [19]

Redding occasionally receives snow, though it has received as much as 23 inches (58 centimeters) of snow in a single storm, occurring on December 4–7, 1909 and December 22–24, 1968, including 16 in (41 cm) on December 23, 1968, the most in any calendar day on record. [18] It rarely gets sleet or freezing rain. Frost occurs commonly in December through February, less often in March or November. In spring, rain is common. The city is located near the foothills of the Cascade and Klamath mountain ranges and it therefore gets much more rain than most places in the Sacramento Valley; temperature differentials between land and sea cause moist air from the latter to flow over the southern Sacramento valley during the summer months, producing intense heat in Redding. The direction of this winds switches from the north and east in the summer, as hot, high-pressure air flows from land to sea, making the area very dry. Tornadoes are extremely rare; flooding occurs only around the area near the Sacramento River. The coldest temperature recorded in Redding was 16 °F (−9 °C) on January 17, 2012 and December 9, 2009. [18]

The Redding Metropolitan Statistical Area (MSA) was recognized as the 29th Most Dynamic MSA in the United States in 2019 by the Walton Family Foundation. [23] Redding was recognized for having a diversified economy with several large employers in different sectors.

According to the City's 2016 Comprehensive Annual Financial Report, [24] the top employers in Redding are:

In the United States House of Representatives, Redding is in California's 1st congressional district, represented by Republican Doug LaMalfa. [27]

Redding is a general law city operating under the council-manager form of government. [29] 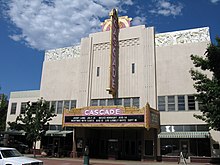 Air transportation for the Redding area is provided by two general aviation airports. Redding Municipal Airport, located south of Redding, has scheduled flights from SkyWest (United Express). The smaller Benton Airpark is located on the western side of Redding.

This list includes notable persons who were born/raised/worked in, lived in, or whose identity was significantly influenced by Redding, as well as music groups that were founded in the area.