From Wikipedia, the free encyclopedia
First-level administrative division of Turkey

Each province is administered by an appointed governor ( vali) from the Ministry of the Interior.

The province's ISO code suffix number, the first two digits of the vehicle registration plates of Turkey, and the first digits of the postal codes in Turkey are the same. The Nomenclature of Territorial Units for Statistics (NUTS) codes are different. 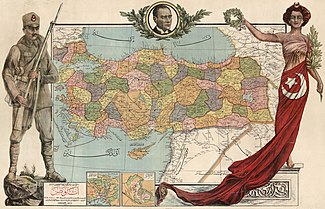