From Wikipedia, the free encyclopedia
For other uses, see Presidio (disambiguation).
Fort type

A presidio (English: jail, fortification) [1] was a fortified base established by the Spanish Empire around between 16th and 18th centuries in areas in condition of their control or influence. The presidios of Spanish Philippines in particular, were centers where the martial art of Arnis de Mano was developed from Spanish cut-and-thrust fencing style. [2] The term is derived from the Latin word praesidium meaning protection or defense.

In the Mediterranean and the Philippines, the presidios were outposts of Christian defense against Islamic raids. In the Americas, the fortresses were built to protect against raid of pirates, rival colonists, as well as Native Americans.

Later in western North America, with independence, the Mexicans garrisoned the Spanish presidios on the northern frontier and followed the same pattern in unsettled frontier regions such as the Presidio de Sonoma, at Sonoma, California, and the Presidio de Calabasas, in Arizona.

In western North America, a rancho del rey or king's ranch would be established a short distance outside a presidio. This was a tract of land assigned to the presidio to furnish pasturage to the horses and other beasts of burden of the garrison. Mexico called this facility "rancho nacional". [3] Presidios were only accessible to Spanish military and soldiers. 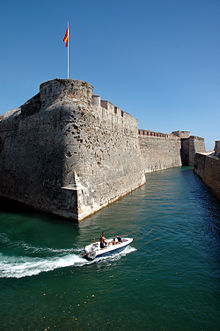 After the Granada War and the completion of the Spanish Reconquista, the Catholic Monarchs took their fight across the Strait of Gibraltar, as the Portuguese had done several generations earlier with the conquest of Ceuta in 1415. The establishment of Spanish military outposts on the North African coast echoed earlier endeavors by the Kingdom of Sicily in the 12th century (and again in Djerba under Frederick III of Sicily) and the Kingdom of France in the 13th century ( Eighth Crusade of 1270). During the period of Iberian Union between 1580 and 1640, the Spanish Crown gained Ceuta and the Portuguese outposts on the Atlantic Coast, such as Tangier, Mazagão/El Jadida and Casablanca; but of these, it only retained Ceuta by the Treaty of Lisbon (1668).

The Spanish North African presidios are listed here in geographical sequence, from West to East, and including neither Spain's Atlantic settlements in the Moroccan far South (e.g. Santa Cruz de la Mar Pequeña) nor outposts gained after 1830 (e.g. the Chafarinas Islands).

Main article: State of the Presidi

Several fortresses formerly held by the Republic of Siena were acquired by Spain following the latter's demise, by treaty between Philip II of Spain and Cosimo I de' Medici, Grand Duke of Tuscany on 3 July 1557, to form what became known as the Estado de los Presidios. They were held by Spain until the War of the Spanish Succession, when they came under Austrian ownership, and were administered from Naples. 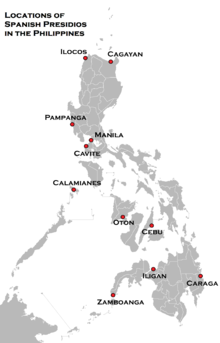 Map of the Presidios built in the Philippines during the 1600s, in Fortress of Empire by Rene Javellana, S. J. (1997) 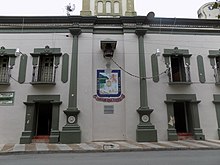 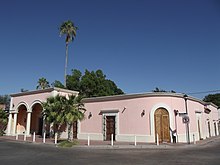 Few presidios were established in the present-day desert frontier regions in northern Mexico to control and confine the existing rebellious indigenous tribes. [4] Captured indigenous warriors were confined and enslaved at the presidio. [5] 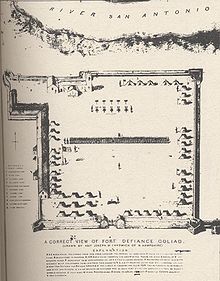 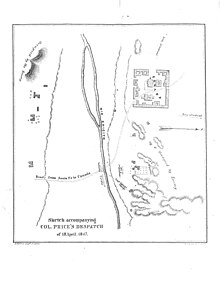 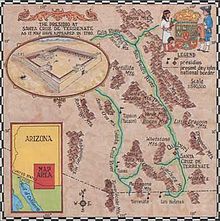 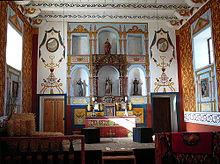 Interior of the reconstructed chapel of the Santa Barbara Presidio 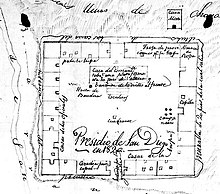