From Wikipedia, the free encyclopedia
Department of the government of New York City
"NYC Health" redirects here. For the organization, see NYC Health + Hospitals.
For other uses, see Department of Health and Mental Hygiene. 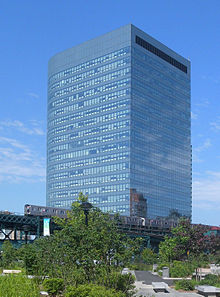 NYC is organized into 30 health districts (sometimes referred to as health center districts), themselves composed of 354 health areas which are sets of census tracts. NYC is also organized into 17 mental health regions.

The department was initially set up as the Health Committee (later Commission), a quasi-governmental public health group in response to a yellow fever outbreak in Philadelphia in 1793. Governor John Jay made a proclamation on 13 September 1793 to establish this to regulate the ports of the city and ensure proper quarantines. Three days later, the city, under the leadership of Mayor Richard Varick, created a tandem committee that ensured both private and commercial needs would be addressed. New York would see additional epidemics in 1795, 1796, 1798, 1799, and 1800, which lead to the creation of the 'New York City Board of Health', which held its first meeting in 1805. [4]

In 1866, the New York State legislature enacted a bill establishing the 'Metropolitan Board of Health', consisting of the four Police Commissioners, four Health Commissioners appointed by the Governor, and the Health Officer for the Port of New York. [5] In 1870, the legislature replaced the Board of Health with the Department of Health, with additional responsibilities including street cleaning and sanitary permits. [6] [7]

As of December 1894, Charles G. Wilson was serving as President of the Board of Health. [8]

In October 2017, public health and animal rights activists in New York City launched a campaign to compel Health Commissioner Mary Bassett to enforce seven public health codes violated during Kaporos, a ritual animal sacrifice that takes place before Yom Kippur, the Jewish Day of Atonement. [11][WP:RS?] From October 2017 to May 2018, the activists disrupted four of her public speaking engagements and staged four protests in the lobby of the NYC Department of Health (DOH). [12] The activists allege that Commissioner Bassett is turning a blind eye to the health code violations because the ultra-Orthodox Jews who practice the ritual represent a powerful voting bloc. During Kaporos, an estimated 60,000 six-week-old chickens are intensively confined in crates without food or water for up to several days before being ritually slaughtered. Activists claim that many die of starvation, thirst and exposure before the ritual takes place, but there is no evidence of this. While activists claim the birds are discarded after slaughter, they are typically used for food and often donated to the poor. [13] A toxicology reported submitted to the court as part of an ongoing lawsuit against the DOH states that the ritual poses a risk to public health in the neighborhoods where it takes place. [14] While Commissioner Bassett did not publicly acknowledge the toxicology report or the activists' claims about the health code violations, she issued a public statement asserting that "there remains no evidence that the use of chickens for Kaporos poses a significant risk to human health." [15]