Megabus, branded as megabus.com, is an intercity bus service of Coach USA/ Coach Canada operating in the eastern, southern and midwestern United States [1] and in the Canadian provinces of Ontario and Quebec. It is the North American service equivalent to the European Megabus.

Some tickets, if purchased well in advance, are priced as low as $1, with occasional free promotions, in addition to an online booking fee of $2.50 per transaction. Megabus follows the yield management model, typically used by airlines, where the lowest fares are offered to those who book early. Only one or two seats are sold for $0 or $1 per schedule, so the less popular schedules tend to be less expensive. Bus stops may be in public streets, bus stations, outside railroad stations or transportation centers in major cities, or on college campuses or at shopping centers in other cities.

Upon purchase of a ticket, passengers are given a reservation number to be shown to the bus operator upon boarding. In the United States, tickets are not available from the bus operator. In Canada, owing to franchise regulations, tickets are sold at stops but may be more expensive than those purchased online.

On August 8, 2007, Megabus introduced service to the San Francisco Bay Area, Los Angeles, San Diego and Tempe, Arizona, using Coach America as a contractor. [4] [5] [6] In its first foray into California, ridership was sluggish and Megabus started to discontinue services from Los Angeles in early 2008. Service to the Phoenix area was discontinued in January 2008, followed by services in San Diego and San Ysidro in March 2008. In May 2008, Megabus made the decision to shut down service to/from Los Angeles and discontinue all related services. The final day for services from Los Angeles was June 22, 2008. [7] Megabus re-entered the market in 2012 after reacquiring some of the assets of Coach America, which had been part of Coach USA prior to a major divestiture in 2003.

Megabus announced service to in Atlanta, its first destination in the Southeastern United States, on October 25, 2011. On November 16, 2011, Megabus began operations out of Atlanta from the Civic Center station in Downtown Atlanta. [12] [13]

Megabus began operations in the U.S. on April 10, 2006, with routes between Chicago and Cincinnati, Cleveland, Columbus, Detroit, Indianapolis, Milwaukee, Minneapolis and St Louis, from a stop on the curb next to Chicago Union Station. Megabus passengers are prohibited from waiting in the station unless they are using other companies' services. Services also began between Indianapolis and Cincinnati. A service that was initially offered between Indianapolis and Columbus was later withdrawn due to low ridership.

Columbia, Missouri was added with one stop daily in each direction on the Chicago-St. Louis-Kansas City route; it was discontinued in September 2015. [19]

On March 27, 2008, a new route was added, Chicago- Champaign- Memphis, offering 2 daily trips in each direction. In early 2010, Champaign/Memphis route was cut to one daily round-trip due to poor ridership, but the second round trip has since been restored.

On February 2, 2015, Megabus discontinued service from Columbus, Ohio to Cleveland. [22]

On May 31, 2012, Megabus announced new service to be effective June 19, 2012 to/from Grand Prairie, near the Dallas-Fort Worth metroplex. From Dallas, passengers had options to travel to Houston, Austin, San Antonio, Little Rock, Memphis, Norman, Oklahoma City, Springfield and St Louis. Passengers also have the option to connect to other Megabus routes in Memphis, from Dallas; and to New Orleans, from Houston. [24] [25] On November 18, 2012, it was announced that customers would also be able to be served in Dallas downtown area as well as the Grand Prairie location. Megabus received the necessary permissions to start on the following Monday. [26]

On April 4, 2013, service was discontinued for the Oklahoma state and Missouri state stops via Dallas. [27] Dallas-to-St. Louis is now only accessible via routing through Memphis.

Service was extended to Anaheim on December 6, 2014. They have since discontinued it. [28] 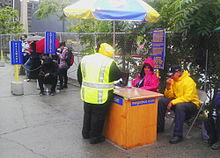 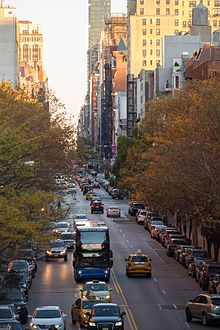 On May 30, 2008, Megabus began East Coast operations with service to and from Atlantic City (operated by Academy Bus), Washington, D.C., Boston, Philadelphia, Buffalo and Toronto. [30] Service to Baltimore was added after negotiations over the usage of the White Marsh Park & Ride were concluded. On June 6, a once-daily service was added to Binghamton for travel to and from Buffalo and Toronto. The company claims to service Baltimore, though the stop is actually well outside of Baltimore city limits.

In December 2008, service to Binghamton, which had been operating only to Buffalo and Toronto, was dropped in favor of service to Syracuse, Rochester and Niagara Falls. A new route also began service to and from Albany. Both revised services offer four trips daily (up from two on the Toronto line), with a fifth Buffalo-Toronto express overnight trip also offered. All services were moved from the Royal York Hotel to the Toronto Coach terminal. Hartford was also added on the M22 route in December 2008, with service to Boston or New York available.

On May 4, 2010, service between New York and Pittsburgh via State College began operating; Pittsburgh had previously been served by a route to and from Chicago earlier. [35] [36] In July 2010, Philadelphia and Boston were added as destinations. [37] In August 2010, Providence to New York was added as a route. [38]

Beginning August 1, 2012, the New York stop moved to 34th Street between 11th and 12th Avenues, across the street from the Javits Center and the 34th Street - Hudson Yards subway station. [42]

In July 2018, Megabus restarted service between Cleveland and New York City. [43] The service was again halted due to the COVID-19 pandemic and has not resumed. [44]

In June 2008, Coach Canada began offering tickets from C$1 on its route between Toronto and Montreal, using the same yield management model. [45] The route was later rebranded to a Megabus route.

On May 14, 2021, Megabus said that they would start routes between Toronto, Scarborough, Kingston and Ottawa. This was in response to Greyhound Canada's announcement that they would shut down all their operations in Canada. [46]

In 2013, Megabus added service to and from Newark, Delaware from Philadelphia en route to Washington, D.C. [53]

In April 2017, the company began service between Washington D.C. and Virginia Beach. [61]

The Megabus fleet has the megabus.com name on the front and sides in yellow against a blue base, and the Megabus logo on the left side of the coach (facing forward) and rear of the bus. The DATTCO fleet used for Megabus service also has Megabus logos, but with a DATTCO logo instead of a Coach USA logo for Megabus buses owned and operated by DATTCO. Buses on the M25 Megabus route operate with Academy Bus livery.

In May 2008, Megabus expanded to the Northeastern United States with a fleet of mostly brand-new Motor Coach Industries D4505 coaches, several new Van Hool TD925-double decker buses, and some buses purchased secondhand or transferred from the Chicago fleet. This expansion came as Megabus exited from the West Coast market. [7] Further expansion in the Northeast came in the fall and winter of 2008-2009, when additional double-decker buses were delivered, resulting in much of the single-deck buses being transferred to sister operation Eastern Shuttle, pushing many of the EL3s to retirement. The fleet transferred to Eastern Shuttle was eventually returned to mainline Coach USA duty following divestiture a few months later.

All Megabus coaches in the United States are equipped with Wi-Fi and electrical outlets.

In accordance with ADA regulations, wheelchair-accessible service is available on all lines (although most service is operated with true-low-floor double-deck coaches). This can now be done online or by phone.

The Canadian Megabus fleet consists of 15 2009 TD925 buses and are operated by Trentway-Wagar. All of the Canada fleet is equipped with electrical outlets and Wi-Fi. The Canadian buses are pooled with the US fleet for NYC-Toronto or Philadelphia-Toronto runs, with drivers swapping at Buffalo to stay within their certified country. On these runs the buses will typically only have Wi-Fi service available in the home country for the bus being used; i.e. Canadian buses will turn off their WiFi at the US border and American buses will turn off WiFi upon entering Canada. This is to avoid incurring roaming charges from the cellular carriers that provide the internet service.

Megabus vehicles have been involved in a number of crashes. This list does not include Megabus vehicles operated by DATTCO or Concord Coach Lines on services to and from Boston, and services on the M25, which are operated separately).

The safety of curbside bus services came under scrutiny in 2011 after the World Wide Tours bus crash caused 14 fatalities. [78] The National Transportation Safety Board conducted a six-month study and found that while bus travel was considerably safer than by car, curbside buses had seven times the fatality rates of traditional bus lines. [79] [80]