From Wikipedia, the free encyclopedia
Rugby Union league in the United States and Canada

Major League Rugby (MLR or USMLR) is a professional rugby union competition and the top-level championship for clubs in North America. In the 2021 season it will be contested by twelve teams: eleven from the United States and one from Canada. [3] Officially sanctioned by USA Rugby, which is a member union of Rugby Americas North (RAN), and consequently part of World Rugby, the league was founded in 2017, and is headquartered in Dallas, Texas.

With its initial beginnings as part of established amateur rugby clubs in major North American urban areas, MLR began its first season in 2018 as an initiative of the American rugby community in partnership with private investors. [4] Three further American clubs, in Atlanta, Boston, and Washington D.C., began play in 2020. [3]

See also: History of rugby union in the United States

In September 2016, with at least five amateur rugby union clubs across the United States discussing a possible professional league, Dean Howes, [17] who had previously been an executive with Major League Soccer's Real Salt Lake and the St. Louis Blues of the National Hockey League, stepped in as senior strategic advisor for Rugby Utah in an attempt to provide a pathway for expanding professional rugby stateside. [18]

On August 15, 2017, the Austin Huns announced that it would opt-out of MLR in favor of allowing a newly branded spinoff, the Austin Elite compete in the league. [21] The Houston Strikers rebranded themselves as the Houston SaberCats. Whereas the elite players of New Orleans, Utah, and Seattle became the New Orleans Gold, Utah Warriors, and Seattle Seawolves respectively, interests in Minneapolis were replaced by the San Diego Legion. [22] With Kansas City and Dallas still in planning stages, the league continued as seven members for its inaugural season. [23]

On November 6, 2017, Major League Rugby and CBS Sports Network announced a multi-year television partnership which marked MLR's first major television deal for broadcast rights. [24] It was the first time in American history that a new sporting league had a national television deal prior to launch. [25]

The first regular-season game in Major League Rugby history was held on April 21, 2018, when the Houston SaberCats hosted the New Orleans Gold in Houston.

In addition to Rugby United New York, the Toronto Arrows joined the league ahead of 2019 season as the first Canadian team in MLR. Three further American clubs began play in 2020, with the New England Free Jacks, Old Glory DC, and Rugby ATL. [3]

In late April 2019, RUNY announced the signing of French international Mathieu Bastareaud on a loan deal from Toulon for the 2020 season. [26] In October 2019, another major signing was made when it was announced that All Blacks international and multiple World Cup winner Ma'a Nonu would join the San Diego Legion for the 2020 season. [27] The following December saw another World Cup winner sign with the league, namely South Africa prop Tendai Mtawarira with Old Glory DC. [28]

On May 28, 2020, the LA Giltinis were added as an expansion team based in Los Angeles to begin competition in the 2021 season. The name is a combination of the word "martini" and the last name of owner Adam Gilchrist. [15] This was followed on June 4, 2020, with the addition of Dallas Jackals based in Dallas, Texas for the 2021 season. [16] However, on January 19, 2021, Dallas announced that the team would postpone their inaugural season to 2022. [33]

Major League Rugby spans five months from March through to August. The 2019 regular season was a double round-robin with all clubs playing each other home and away. [3] Each team played sixteen games, half of them at home. This was followed by a postseason for the top four teams consisting of two semi-final matches and the Championship Game to determine the season's MLR champion team. [34]

For the 2020 season, MLR changed to a conference format. [35] Both conferences, the Western Conference and the Eastern Conference, consisted of six teams: Seattle, San Diego, Utah, Colorado, Austin and Houston in the west and existing teams New Orleans, New York, and Toronto to be joined by 2020 newcomers Atlanta, Washington, D.C., and New England in the east. Each team played a double round-robin within their conference in addition to playing six games against teams from the other conference, for a total of 16 regular-season games. [36] The postseason would consist of the top three teams from each conference: a wildcard game between the second and third ranked teams, followed by a playoff game between the wildcard winner and the first ranked team in the conference. The resulting playoff winners from each conference would then face off in the league championship. The season started on February 8 and ended on March 8.

The league is structured as a closed system and, similar to other American sports leagues, does not have promotion and relegation. [37] It operates as a single entity similar to Major League Soccer and other major professional sports leagues in the United States and Canada, with each team or "franchise" owned by the league and the franchise operators owning a share of the league. [38]

On September 22, 2020, the MLR announced the 2021 season (fourth season) will start with matches on March 20, 2021, and will continue for 18 weeks. Twelve teams across North America will compete to make the MLR playoffs. At the end of the regular season, the playoffs will be contested over two weeks of the Eastern Conference and Western Conference finals with the Championship Final to be held on August 1, 2021. [39]

Training camps for all MLR teams will begin on February 15, 2021. There will be a variety of pre-season activities in each market as well as national media day where each team will provide standout players for national and international media availability. 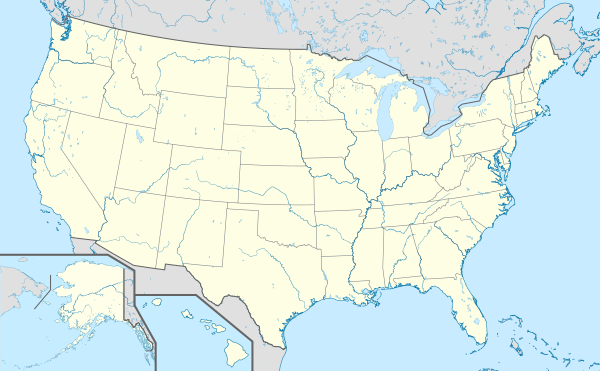 There are twelve teams announced to compete in the 2021 Major League Rugby season are divided into two conferences: [39]

The expansion franchise fee is US$4 million as of 2019. [47] The first 2021 expansion team mentioned by the league was based in Dallas, [48] which was later named the Dallas Jackals, but postponed their inaugural season to 2022.

In July 2018, an ownership group in Los Angeles announced its intentions to join in the 2019 season as LA Coast Rugby, [49] but the bid was ultimately rejected. [50] Instead, an Australian ownership group has been approved to field a team in Los Angeles with a 2021 start date called the Los Angeles Loyals. [50] An owner in Vancouver, British Columbia, announced intentions to add a team to MLR for the 2019 season, but also never went further. [51] [52] Columbus, Ohio, which previously had a team in PRO Rugby, nearly became home to a relocated Austin Herd in the 2020 season. [50] The owner of the HFX Wanderers FC soccer team also stated he had been in talks with the league for an expansion team. [53] In December 2019, former RC Toulon majority owner Mourad Boudjellal apparently discussed making a bid for a team in Miami. [54] MLR had confirmed that a team from Hawaii was being considered for 2021, [55] but negotiations expired. [56]

The Mexican Rugby Federation is exploring adding an MLR team. [57]

On April 9, 2020, the Colorado Raptors announced that they would withdraw from Major League Rugby after three seasons in the league, effective May 2, 2020, [59] the first team to do so. Their announcement explained their withdrawal by saying that "our greater responsibility lies in the development of American players who can win the World Cup for the United States." [59] Asked to explain how withdrawing from the league would help to develop American rugby players, the Raptors referred the question to Glendale City Manager Linda Cassaday, who said on April 10, 2020, that MLR had been founded with a core mission of developing American rugby players and originally had limited teams to three foreign players, although this expanded to five players before the first season began in 2018. [59] MLR had expanded from seven teams in 2018 to 12 in 2020 without having enough American players to fill out rosters and had raised the ceiling on foreign players to 10 per team. [59] The Raptors believed that both this overall number of foreign players and the higher proportion of foreign to American players no longer best served the goal of developing American players who could compete successfully in the Rugby World Cup, and therefore chose to withdraw from the league to better focus their efforts on the development of American players who could compete on an international stage. [59]

Major League Rugby players include those drawn from North American clubs, as well as foreign signings. Although the original concept was to limit club to three foreign players, the limit grew to five before the start of the first season, before then being increased to ten. This increased allotment of foreign players led to some criticism that MLR was not providing enough opportunities for American players to develop. [60]

The CBS Sports Network televises 13 matches nationally over the course of the season. This includes a Game of the Week during each of the 10 rounds of the MLR regular season along with all three post-season matches. [34] Live streaming is also available through the CBS Sports Network streaming platforms. [34] Dan Power (Play By Play), Brian Hightower (Color Analyst) and Stacy Paetz (Sideline) were the CBS Sports commentators for the 2019 season. [62] The remaining games are available on ESPN properties and regional sports networks. [63]

ESPN has the national and international rights to an 18-game package covering regular season matches to audiences across its various platforms. [63]

San Diego has a separate local rights agreement for their market with all the Legion's home-and-away MLR games that are not on the CBS Sports Network being televised locally on Channel 4 YurView California. [64]

Austin Elite Rugby partnered with Facebook Watch for their Texas-based viewers during the 2019 season.[ citation needed]

Toronto Arrows Rugby announced a television partnership with GameTV for the 2019 season.

The 2019 Championship game was broadcast on CBS, the first MLR game to be televised on free-to-air TV. It gained a 0.32 Sports TV rating which equated to 510,000 two-plus-person households. [67]

Due to the COVID-19 pandemic, MLR adjusted its 2020 season schedule and turned its attention to ensuring the league would rebound with a strong showing in 2021. League and team officials have been "diligently working to build strong rosters and enhance the fan experience" for the season. Matches will be televised on CBS Sports Network and Fox Sports 2, among other national and local market platforms. The MLR Championship will be broadcast on CBS on Sunday, August 1, 2021. [39]

On March 16, 2021, MLR launched The Rugby Network/ RugbyPass, [73] a free streaming platform in conjunction with RugbyPass which will stream all MLR content, including matches and highlights. This digital network is the first of its kind in North America, providing rugby fans with a single destination for all their rugby needs. It includes live streaming of select MLR matches, international rugby matches, game highlights, and exclusive behind-the-scenes content. [74]

The league signed a multi-year partnership deal with XBlades in 2017 to supply all jersey/ kit apparel for each MLR team and all match officials. [81] MLR also announced Ram Rugby as the official ball supplier. [82] In May 2018, via Instagram, MLR announced Impact Custom Mouth Guards as the official mouth guard of the league. [83] The Gem Garden in San Marcos, California, makes all MLR Championship rings. [84]

On October 28, 2019, Major League Rugby announced that, starting for the 2020 season, Paladin Sports will be the new supplier of all uniforms/kit for the league. [85]

Also for 2021, The Rugby Shop became the official merchandising partner of the MLR. They will develop an online MLR apparel shop for fans. [89]