California has an extensive system of local government that manages public functions throughout the state. Like most states, California is divided into counties, of which there are 58 (including San Francisco) [note 1] covering the entire state. Most urbanized areas are incorporated as cities, [note 2] though not all of California is within the boundaries of a city. School districts, which are independent of cities and counties, handle public education. Many other functions, especially in unincorporated areas, are handled by special districts, which include municipal utility districts, transit districts, health care districts, vector control districts, and geologic hazard abatement districts.

Due to geographical variations in property tax and sales tax revenue (the primary revenue source for cities and counties) and differing attitudes towards priorities, there are variations in the levels of various services from one city to the next.

Article 2, Section 6, of California's constitution provides that elections for county, city, school, and judicial offices are officially non-partisan and political party affiliations are not included on local election ballots. 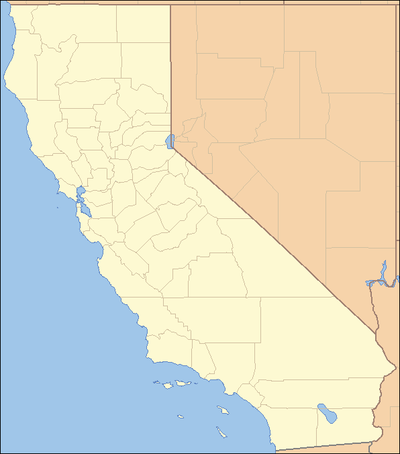 The basic political subdivision of California are the 58 counties. The county government provides countywide services such as law enforcement, jails, elections and voter registration, vital records, property assessment and records, tax collection, public health, health care, social services, libraries, flood control, fire protection, animal control, agricultural regulations, building inspections, ambulance services, and education departments in charge of maintaining statewide standards. [1] [2] In addition the county serves as the local government for all unincorporated areas (those areas not within any incorporated city), providing services such as police, parks, street maintenance, land use regulations, zoning, and waste disposal. [3] Counties have taxing and police powers. Counties may promulgate ordinances which are usually codified in a county code, and violations of the ordinances are misdemeanor crimes unless otherwise specified as an infraction. [4]

Fourteen counties [5] are " charter" counties while the rest are "general law" counties. [6] Other than San Francisco, which is a consolidated city-county, California's counties are governed by an elected five-member Board of Supervisors, who appoint executive officers to manage the various functions of the county. [6] In San Francisco, there is an eleven-member Board of Supervisors, [6] but the executive branch of the government is headed by an elected mayor, department heads are responsible to the mayor, and there is both a city police department and a county sheriff, the latter mostly responsible for operating the county jail and for most jail bookings. [7] Most counties elect all of their supervisors by district except San Mateo and Tehama. [6] (San Francisco had at-large supervisors from 1980 to 2000, but in 2000 the county was once again divided into 11 districts, whose updated borders roughly followed those of the old 1970s-era districts, although the districts themselves were renumbered.) All counties elect their treasurers except Los Angeles, Sacramento, Santa Clara, and Glenn. [6] Forty-seven counties have an appointed county administrative officer, while five counties have a more powerful official such as a county manager, chief executive officer, or county mayor, and five rural counties do not have a full-time county administrative officer. [6] All counties elect their district attorneys and their sheriffs.[ citation needed] Counties may also have an assessor, a recorder, an auditor, a controller, a treasurer, a tax collector, a county clerk, a registrar of voters, a coroner, and/or a medical examiner.[ citation needed] Los Angeles, San Diego and San Francisco counties are the only counties that have a coroner or a medical examiner that are independent from the sheriff. [8] [9] 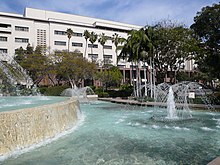 The Kenneth Hahn Hall of Administration, where the Los Angeles County Board of Supervisors meets

Because of historical problems with fragmentation of local government as a result of the formation of too many special districts by enthusiastic local officials, all counties currently have a corresponding Local Agency Formation Commission (LAFCO), one for each county. A LAFCO regulates the creation of special districts and the annexation of unincorporated land to cities within the county. No incorporated city may cross county boundaries, and special districts that span county lines must be specially approved by the state Legislature.

California's judicial system is organized along county lines, but the county courts are a part of the state court system, and are not part of the county government. Historically, counties were responsible for providing courthouses and courthouse security for the Superior Courts of California (there is one superior court for each county), even though the superior courts were actually divisions of the state government, not the county governments. This unfunded mandate was a perennial source of frustration for both the superior courts and the counties. The Legislature finally responded by enacting the Trial Court Funding Act of 1997 and then the Trial Court Facilities Act of 2002 to transfer all courthouses to the state government and to relieve the counties of the burden of providing facilities to state courts. However, because the state government was not prepared to assume the burden of developing its own statewide courthouse security force, the superior courts were allowed to establish agreements with county sheriffs by which the courts would reimburse counties for continuing to provide deputy sheriffs to serve as bailiffs in the courthouses. 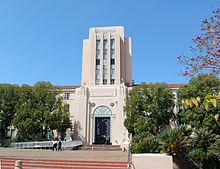 California also uses grand juries, with at least one per county. [10] These county-level grand juries are often called civil grand juries because their primary focus is on oversight of government institutions at the county level and lower. They meet at least once per year.

Since 1911, counties in California have been allowed limited home rule, with the Government of Los Angeles County the first in the nation to be granted home rule by charter in 1912. [11] [12] [13] The county governments were originally molded around property recording and assessment, law enforcement, judicial administration, and tax collection, but more recently other functions have been added by the state such as public welfare, public health, water conservation, and flood protection. [11] In 1933, county supervisors gained authority to fix salaries for all county officers other than themselves. [14]

See also: List of cities and towns in California

California municipalities are either charter or general-law. General-law municipalities have powers defined by the state's Government Code; [note 3] charter municipalities may have increased powers, but the adoption or amendment of a city charter requires a popular vote. Most small cities have a council–manager government, where the elected city council appoints a city manager to supervise the operations of the city. Some larger cities have a mayor–council government, with a directly-elected mayor who oversees the city government. In many council–manager cities, the city council selects one of its members as a mayor, sometimes rotating through the council membership—but this type of mayoral position is primarily ceremonial.

Incorporated cities and towns have the power to levy taxes. [17] They are responsible for providing police service, zoning, issuing building permits, and maintaining public streets. Municipalities may also provide parks, public housing, and various utility services, though all of these are sometimes provided by special districts, and some utilities are provided privately. Incorporated cities may promulgate ordinances which are usually codified in a city code, and violations of the ordinances are misdemeanor crimes unless otherwise specified as an infraction. [18]

Residents of a sufficiently large piece of unincorporated county land can incorporate a city. The city government then takes some of the tax revenue that would have gone to the county, and can impose additional taxes on its residents. It can then choose to provide almost all the services usually provided by the county (and more), or provide only a few and pay the county to do the rest. A city in this last arrangement is called a contract city; this type of contract is generally known among lawyers as the "Lakewood Plan", because it was pioneered by the city of Lakewood in 1954. [19] 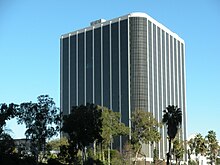 School district and community college district boards may determine their own fiscal requirements—the counties levy and collect the taxes required, possibly subject to constitutional tax limitations and voter approval. [20] Historically, school districts were funded through local property tax revenue, but due to Serrano v. Priest, school districts are funded through the State government through various funding formulas that allocate local property tax revenues and other revenue.

California's first community colleges were established as extensions of high schools. [21] Through legislation enacted in 1907, high schools were allowed to create "junior colleges" to provide a general undergraduate education to local students, approximating the first two years of university courses. [21] In the early 1920s, the Legislature authorized the creation of separate colleges, in addition to the programs offered in high schools. [21] In 1967, the Governor and Legislature created the Board of Governors for the Community Colleges to oversee the community colleges and formally established the California Community Colleges System, requiring all areas of the state to be included within a community college district. [21]

A special district is defined as "any agency of the state for the local performance of governmental or proprietary functions within limited boundaries" [22] and provides a limited range of services within a defined geographic area. Most of California's special districts are single-purpose districts, and provide one service. Most special districts have no police powers. Notable exceptions are harbor and port districts and police protection districts.

The A Line of the Los Angeles County Metropolitan Transportation Authority

Independent special districts have elected boards. Dependent special districts are governed by the city or county that created them. Regional bodies have boards appointed by the city and county governments they encompass. Some districts, often referred to as assessment districts, have voting based on the assessed values of the property contained within the district, rather than a popular vote; that practice was ruled constitutional for districts that provide benefits to the land in rough proportion to the value of the land, rather than to people within the district. [note 4]

Lake Sonoma, a reservoir of the Sonoma County Water Agency

Another very common type of special district is the transit agency, which provides public transportation. The Los Angeles County Metropolitan Transportation Authority provides bus and train services and funds some transportation projects, including bicycle paths, HOV lanes, and other road improvements. By contrast, the San Francisco Bay Area Rapid Transit District only operates a commuter rail service and buses to locations beyond the range of the rail service.

As of 2017, there are 2,894 special districts in California. A majority, 86 percent, provide a single function. Fire protection, water supply, natural resources, and cemeteries are the most abundant. [23] In Fiscal Year 2019-20, special districts reported $79.67 billion in revenues and $76.29 billion in expenditures. [24]

A partial list of the types of special districts includes: [25]