From Wikipedia, the free encyclopedia
US book publisher from 1837
For the former chief of the U.S. Army Corps of Engineers, see Lytle Brown.

Little, Brown and Company is an American publishing company founded in 1837 by Charles Coffin Little and James Brown in Boston. For close to two centuries it has published fiction and nonfiction by American authors. Early lists featured Emily Dickinson's poetry and Bartlett's Familiar Quotations. Since 2006 Little, Brown and Company is a division of the Hachette Book Group. [1]

Little, Brown and Company had its roots in the book selling trade. It was founded in 1837 in Boston by Charles Little and James Brown. [1] [2] They formed the partnership "for the purpose of Publishing, Importing, and Selling Books". [1] It can trace its roots before that to 1784 to a bookshop owned by Ebenezer Battelle on Marlborough Street. [1] They published works of Benjamin Franklin and George Washington and they were specialized in legal publishing and importing titles. [3] For many years, it was the most extensive law publisher in the United States, and also the largest importer of standard English law and miscellaneous works, introducing American buyers to the Encyclopædia Britannica, [3] the dictionaries of William Smith, and many other standard works. [4] In the early years Little and Brown published the Works of Daniel Webster, George Bancroft's History of the United States, [3] William H. Prescott's Ferdinand and Isabella, Jones Very's first book of poetry (edited by Ralph Waldo Emerson), Letters of John Adams and works by James Russell Lowell and Francis Parkman. Little, Brown and Company was the American publisher for Edward Gibbon's The Decline and Fall of the Roman Empire. [1] [3]

The firm was the original publisher of United States Statutes at Large beginning in 1845, under authority granted by a joint resolution of Congress. In 1874, Congress transferred the authority to publish the Statutes at Large to the Government Printing Office, which has been responsible for producing the set since that time. [5] 1 U.S.C.  § 113 still recognizes their edition of the laws and treaties of the United States are competent evidence of the several public and private Acts of Congress, treaties, and international agreements other than treaties of the United States.

In 1853, Little, Brown began publishing the works of British poets from Chaucer to Wordsworth. Ninety-six volumes were published in the series in five years. [6]

In 1859, John Bartlett became a partner in the firm. He held the rights to his Familiar Quotations, and Little, Brown published the 15th edition of the work in 1980, 125 years after its first publication. John Murray Brown, James Brown's son, took over when Augustus Flagg retired in 1884. In the 1890s, Little, Brown expanded into general publishing, including fiction. In 1896, it published Quo Vadis. In 1898, Little, Brown purchased a list of titles from the Roberts Brothers firm. [6] 19th century employees included Charles Carroll Soule. [7] 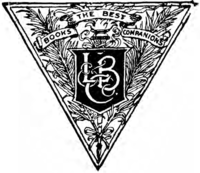 John Murray Brown died in 1908 and James W. McIntyre became managing partner. When McIntyre died in 1913, Little, Brown incorporated. In 1925, Little, Brown entered into an agreement to publish all Atlantic Monthly books. This arrangement lasted until 1985. During this time the joint Atlantic Monthly Press/Little Brown imprint published All Quiet on the Western Front, Herge's The Adventures of Tintin, James Truslow Adams's The Adams Family, Charles Nordhoff and James Norman Hall's Mutiny on the Bounty and its sequels, James Hilton's Goodbye, Mr. Chips, Walter D. Edmonds's Drums Along the Mohawk, William Least Heat-Moon's Blue Highways, Tracy Kidder's The Soul of a New Machine, and J. D. Salinger's The Catcher in the Rye. [6]

Salinger later terminated his contract with the publishing house sometime in the 1970s, though his novel was still published by Little, Brown.

Little, Brown expanded into the UK in 1992 when TWBG bought MacDonald & Co from Maxwell Communications, taking on its Abacus (upmarket paperback) and Orbit (science fiction) lists, and authors including Iain Banks. Feminist publisher Virago Press followed in 1996. Also in 1996, Wolters Kluwer acquired Little, Brown's legal and medical publishing division and incorporated it into its Aspen and Lippincott-Raven imprints. [10]

In October 2017, Little, Brown started an unnamed imprint devoted to health, lifestyle, psychology, and science with the appointment of Tracy Behar as the imprint's vice president, publisher, and editor-in-chief. [13] The imprint Little, Brown Spark launched in fall 2018. [14]

Wikisource has original works published by or about: Little, Brown and Company
Retrieved from " https://en.wikipedia.org/?title=Little,_Brown_and_Company&oldid=1114550378"
Categories:
Hidden categories: