KQED Inc. is a non-profit public media outlet based in the San Francisco Bay Area of California, which operates the radio station KQED-FM and the television stations KQED/KQET and KQEH. KQED's main headquarters are located in San Francisco and its Silicon Valley office is located in San Jose. 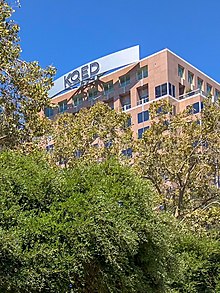 KQED was organized and created by veteran broadcast journalists James Day and Jonathan Rice on June 1, 1953, and first went on air April 5, 1954. It was the sixth public broadcasting station in the United States, debuting shortly after WQED in Pittsburgh, Pennsylvania. The station's call letters, Q.E.D., are taken from the Latin phrase, quod erat demonstrandum, commonly used in mathematics. [2] KQED-FM was founded by James Day in 1969 as the radio arm of KQED Television.

On May 1, 2006, KQED, Inc. and the KTEH Foundation merged to form Northern California Public Broadcasting. [3] The KQED assets including its television (KQED TV) and FM radio stations (KQED-FM) were taken under the umbrella of that new organization. Both remained members of Public Broadcasting Service (PBS) and National Public Radio (NPR), respectively. With this change, KQED and KTEH are considered as sister-stations today. The "Northern California" name did not become widely used, so in December 2010, the umbrella organization was renamed "KQED, Inc.". [4] KTEH changed its call letters to KQEH and rebranded as "KQED Plus" on July 1, 2011 after research found that most viewers were unaware that KTEH was affiliated with KQED. [5] 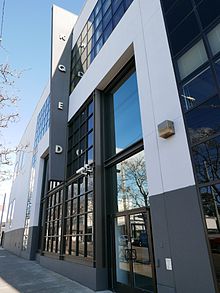 KQED is a PBS-member public television station in San Francisco, California, broadcasting digitally on UHF channel 30 (Ex-Analog Channel 9). This channel is also carried on Comcast cable TV and via satellite by DirecTV and Dish Network. Its transmitter is located on Sutro Tower, and has studios based in San Francisco's Mission District.