The Geospatial Information Authority of Japan (国土地理院, Kokudo Chiri-in), or GSI, is the national institution responsible for surveying and mapping the national land of Japan. The former name of the organization from 1949 until March 2010 was Geographical Survey Institute; [1] despite the rename, it retains the same initials. It is an extraordinary organ of the Ministry of Land, Infrastructure, Transport and Tourism. Its main offices are situated in Tsukuba City of Ibaraki Prefecture.

It also runs a museum, situated in Tsukuba, the Science Museum of Map and Survey.

Stationary MT monitoring systems have been installed in Japan since April 1996, providing a continuous recording of MT signals at the Mizusawa Geodetic Observatory and the Esashi Station of the GSI. These stations measure fluctuations in the earth's electromagnetic field that correspond with seismic activity. The raw geophysical time-series data from these monitoring stations is freely available to the scientific community, enabling further study of the interaction between EM events and earthquake activity. The MT time series data from the GSIJ earthquake monitoring stations is available online at http://vldb.gsi.go.jp/sokuchi/geomag/menu_03/mt_data.html

The Authority is represented on the national Coordinating Committee for Earthquake Prediction. [2] 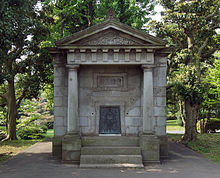 Since it is difficult to refer to the altitude in Tokyo for remote islands, 37 islands have their own zero point. [5] The heights of Okinawa z. B. are measured from the middle water level of Nakagusuku Bay ( 中 城 湾 , Nakagususku-wan ) and that of Miyake from the Ako Bay. [6]

The GSI in fiction

The GSI featured in the novel Norwegian Wood by Haruki Murakami as the intended workplace of his roommate, "stormtrooper". At the time the novel was set, in the late sixties, the GSI was situated in Tokyo.