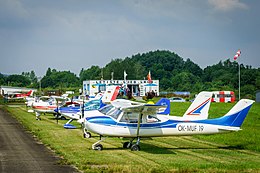 General aviation (GA) is defined by the International Civil Aviation Organization (ICAO) as all civil aviation aircraft operations with the exception of commercial air transport or aerial work, which is defined as specialized aviation services for other purposes. [1] However, for statistical purposes ICAO uses a definition of general aviation which includes aerial work. [2] 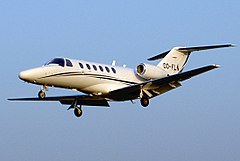 Cessna CitationJet/M2, part of the Citation family of business jets 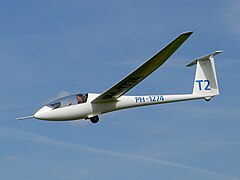 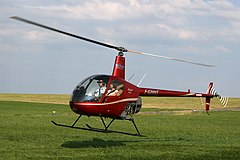 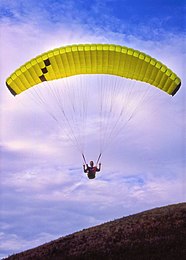 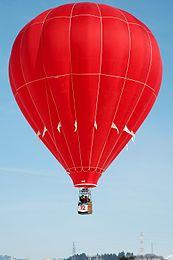 The International Council of Aircraft Owner and Pilot Associations (IAOPA) refers to the category as general aviation/aerial work (GA/AW) to avoid ambiguity. Their definition of general aviation includes: [3]

IAOPA's definition of aerial work includes, but is not limited to: [3]

However, in some countries, air taxi is regarded as being part of GA/AW.

Private flights are made in a wide variety of aircraft: light and ultra-light aircraft, sport aircraft, homebuilt aircraft, business aircraft (like private jets), gliders and helicopters. [3] Flights can be carried out under both visual flight and instrument flight rules, and can use controlled airspace with permission.

In 2003, the European Aviation Safety Agency was established as the central EU regulator, taking over responsibility for legislating airworthiness and environmental regulation from the national authorities. [4]

Of the 21,000 civil aircraft registered in the United Kingdom, [5] 96 percent are engaged in GA operations, and annually the GA fleet accounts for between 1.25 and 1.35 million hours flown. There are 28,000 private pilot licence holders, and 10,000 certified glider pilots. Some of the 19,000 pilots who hold professional licences are also engaged in GA activities. GA operates from more than 1,800 airports and landing sites or aerodromes, ranging in size from large regional airports to farm strips.

GA is regulated by the Civil Aviation Authority. The main focus is on standards of airworthiness and pilot licensing, and the objective is to promote high standards of safety.

Most countries have a civil aviation authority that oversees all civil aviation, including general aviation, adhering to the standardized codes of the International Civil Aviation Organization (ICAO).