From Wikipedia, the free encyclopedia
For the London street gang, see Forty Elephants. 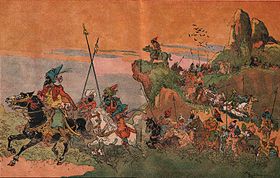 Originally based in New York's Lower East Side, the Forty Thieves were formed in the 1825 by Edward Coleman. Initially it was formed to rebel against their low social status but the members soon turned to crime to relieve their frustration. This gang emerged due to prejudice and class distinction. Such social conditions were evident in the Five Points area of New York in the 1820s. Canal Street, the Bowery, Broadway, and Mulberry Street bordered this area, which was a slum infested with mosquitoes and disease. The Forty Thieves met at a Centre Street grocery store owned by Rosanna Peers, a notorious fence of stolen goods who also sold illegal alcohol in an underground speakeasy. At Peers' grocery gang members would be given assignments and issued strict quotas on the gang's share of illegal activities. The quota system proved a great motivator among veterans competing against younger members seeking to take older members' positions. However, in the long term the gang was unable to maintain internal discipline in early New York, and by 1850 the gang had dissolved with its members joining larger gangs or leaving on their own. From the violence to the high crime rates, Five Points desperately lacked the aid of government support. The Forty Thieves saw this as an economic opportunity, as they established relations with Tammany Hall. This corrupt bureaucracy provided community services in exchange for money and support from its residents to fund their corrupt agendas. The juvenile Little Forty Thieves, an apprentice street gang of the original Forty Thieves, would outlast their mentors, continuing to commit illegal activities throughout the 1850s before eventually joining the later street gangs following the American Civil War in 1865. 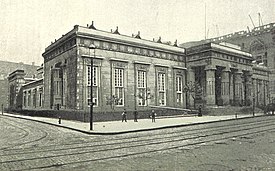