From 1815 to 1932, 65 million people left Europe (with many returning home), primarily to "areas of European settlement" in North and South America, [43] in addition to South Africa, Australia, [44] New Zealand and Siberia. [45] These populations also multiplied rapidly in their new habitat; much more so than the populations of Africa and Asia. As a result, on the eve of World War I, 38% of the world's total population was of European ancestry. [45] Most European emigrants to the New World came from Germany, Ireland, United Kingdom, Italy, Spain, Portugal, France, the Netherlands, Norway, Sweden, Poland, Russia and Ukraine.

More contemporary, European emigration can also refer to emigration from one European country to another, especially in the context of the internal mobility in the European Union ( intra-EU mobility) or mobility within the Eurasian Union.

Flag of the European Union

In Archaic Greece, trading and colonizing activities of the Greek tribes from the Balkans and Asia Minor propagated Greek culture, religion and language around the Mediterranean and Black Sea basins. Greek city-states were established in Southern Europe, northern Libya and the Black Sea coast, and the Greeks founded over 400 colonies in these areas. [46] Alexander the Great's conquest of the Achaemenid Empire marked the beginning of the Hellenistic period, which was characterized by a new wave of Greek colonization in Asia and Africa; the Greek ruling classes established their presence in Egypt, southwest Asia, and Northwest India. [47] Many Greeks migrated to the new Hellenistic cities founded in Alexander's wake, as geographically-dispersed as Uzbekistan [48] and Kuwait. [49]

The European continent has been a central part of a complex migration system, which included swaths of North Africa, the Middle East and Asia Minor well before the Modern Era. Yet, only the population growth of the late Middle Ages allowed for larger population movements, inside and outside of the continent. [50] The European exploration of the Americas stimulated a steady stream of voluntary migration from Europe.

About 200,000 Spaniards settled in their American colonies prior to 1600, a small settlement compared to the 3 to 4 million Amerindians who lived in Spanish territory in the Americas.

During the 1500s, Spain and Portugal sent a steady flow of government and church officials, members of the lesser nobility, people from the working classes and their families averaging roughly three-thousand people per year from a population of around eight million. A total of around 437,000 left Spain in the 150-year period from 1500 to 1650 mainly to Mexico, [51] Peru in South America, and the Caribbean Islands. It has been estimated that over 1.86 million Spaniards emigrated to Latin America in the period between 1492 and 1824, one million in the 18th century, with millions more continuing to immigrate following independence. [52]

Roughly one and a half million Europeans settled in the New World between 1500 and 1800 (see table). The table excludes European immigrants to the Spanish Empire from 1650-1800 and Portuguese immigration to Brazil from 1760 to 1800. While the absolute number of European emigrants during the Early Modern period was very small compared to later waves of migration in the nineteenth and twentieth centuries, the relative size of these early modern migrations was nevertheless substantial.

Between one-half and two-thirds of European immigrants to the Thirteen Colonies between the 1630s and the American Revolution came under indentures. [55] The practice was sufficiently common that the Habeas Corpus Act 1679, in part, prevented imprisonments overseas; it also made provisions for those with existing transportation contracts and those "praying to be transported" in lieu of remaining in prison upon conviction. [56] In any case, while half the European immigrants to the Thirteen Colonies had been indentured servants, at any one time they were outnumbered by workers who had never been indentured, or whose indenture had expired. Free wage labor was more common for Europeans in the colonies. [57]

Indentured persons were numerically important, mostly in the region from Virginia north to New Jersey. Other colonies saw far fewer of them. The total number of European immigrants to all 13 colonies before 1775 was about 500,000-550,000; of these, 55,000 were involuntary prisoners. Of the 450,000 or so European arrivals who came voluntarily, Tomlins estimates that 48% were indentured. [58] About 75% were under the age of 25. The age of legal adulthood for men was 24 years; those over 24 generally came on contracts lasting about 3 years. [58] Regarding the children who came, Gary Nash reports that, "many of the servants were actually nephews, nieces, cousins and children of friends of emigrating Englishmen, who paid their passage in return for their labour once in America." [59] 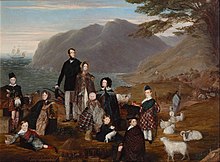 In North America, immigration was dominated by British, Spanish, French and other Northern Europeans. [60] Emigration to New France laid the origins of modern Canada, with important early immigration of colonists from Northern France. [54]

Emigration in the 19th and 20th centuries

Mass European emigration to the Americas, South Africa, Australia and New Zealand took place in the 19th and 20th centuries. This was the effect of a dramatic demographic transition in 19th-century-Europe, subsequent wars and political changes on the continent. From the end of the Napoleonic Wars until 1920, millions of Europeans emigrated. Of these, 71% went to North America, 21% to Central and South America and 7% to Australia. About 11 million of these people went to Latin America, of whom 38% were Italians, 28% were Spaniards and 11% were Portuguese. [61] 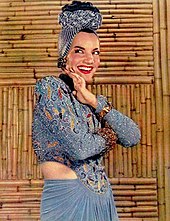 Singer Carmen Miranda, nicknamed "the Brazilian bombshell", was born in Portugal and emigrated to Brazil in 1910, when she was ten months old.

In Brazil, the proportion of immigrants in the national population was much smaller. Immigrants tended to be concentrated in the central and southern parts of the country. The proportion of foreigners in Brazil peaked in 1920, at just 7 percent or 2 million people, mostly Italians, Portuguese, Germans and Spaniards. However, the influx of 4 million European immigrants between 1880 and 1920 significantly altered the racial composition of the country. [60] From 1901 to 1920, immigration was responsible for only 7 percent of Brazilian population growth, but in the years of high immigration, from 1891 to 1900, the share was as high as 30 percent (higher than Argentina's 26 percent in the 1880s). [62]

Arrivals in the 19th and the 20th centuries 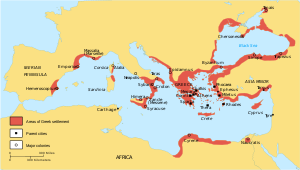 Map of Greek territories and colonies during the Archaic period. (800–480 BC) 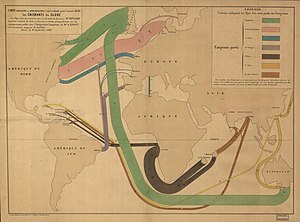 After the Age of Discovery, different ethnic European communities began to emigrate out of Europe with particular concentrations in Australia, New Zealand, the United States, Canada, Argentina, Uruguay, Venezuela, Cuba, Costa Rica and Brazil, where they came to constitute a European-descended majority population. [64] [66] [67] [68] It is important to note, however, that these statistics rely on identification with a European ethnic group in censuses, and as such are subjective (especially in the case of mixed origins). Nations and regions outside Europe with significant populations: [69] 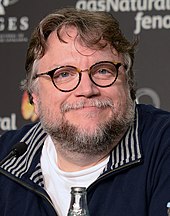 The European Mexican population is estimated by the government in 2010 as 47% of the population (56 million) using phenotypical traits (skin color) as the criteria. [20] [22] [73] [23] The use of skin color palettes as the primary criteria to estimate the ethnoracial groups that inhabit a given country has its origin in the investigations produced by Princeton and Vanderbilt Universities, which found it to be more accurate than self-identification particularly in Latin America, where the different discourses that exist in regards to national identity have rendered previous attempts to estimate ethnic groups unreliable. [74] If the criterion used is the presence of blond hair, it is 18% [75] [76] - 23%. [77] 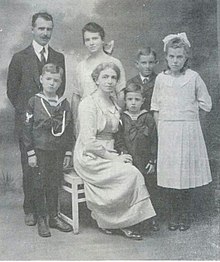 In Costa Rica 83.7% of the population is White and Mestizo. [80] Other sources estimate different results between whites and mestizos. [81] [82] [83] Most are of Spanish and Italian descent, [84] however there are also German, [85] Polish [86] and French communities. During the last half of the 19th century and the first half of the 20th century, it welcomed more than 100,000 Europeans, mainly from Spain and Italy. It is estimated that about 50,000 Spaniards and Italians, 10,000 Germans and 40,000 Europeans of other nationalities, especially from France Poland and England. [87] [88] [89] [90] Costa Rica had the greatest European migratory impact in Central America. When Costa Rica became independent, the population was barely 60,000 inhabitants. [91]

In El Salvador 12.7% of the population identifies as "white", [92] 86.3% of the population were mestizo or people of mixed European and Amerindian ancestry. The majority being Spanish descendants from Galicia and Asturias. In El Salvador, settlement peaked between 1880 to 1920, when 120,000 European and Arab immigrants entered the country, the Europeans being mostly Italians, Spanish and Germans. [93] [94]

In Guatemala, 5% of the population is of European descent, primarily of either Spanish and German origins. Many German, Italian and Spanish Families arrived in Guatemala, the Germans for their part were the largest group, Immigration had a massive character [95] [91]

The Falkland Islanders are mainly of European descent, especially British, and can trace their heritage back 9 generations or 200 years. In 2016, the census showed that 42.9 percent were native born and 27.4 percent were born in the U.K. (the second largest birthplace) for a total of more than 70 percent. [96] The Falkland Islands were entirely unoccupied and were first claimed by Britain in 1765. [97] Settlers largely from Britain, especially Scotland and Wales arrived after the 1830s. The total population of then islands grew from a 287 estimate in 1851 to 3,200 in the most recent 2016 census. [98] [99] The Origins of Falkland Islanders historically had a Gaucho presence.

Europeans historically (especially Anglo-Celtic) and presently are still the largest ethnic group in New Zealand. Their proportion of the total New Zealand population has been decreasing gradually since the 1916 census where they formed 95.1 percent. [106] The 2018 official census had over 3 million people or 71.76% of the population were ethnic Europeans, with 64.1% choosing the New Zealand European option alone. [107]

Canary Islanders are the descendants of Spaniards who settled the Canary Islands. The Canarian people include long-tenured and new waves of Spanish immigrants, including Andalucians, Galicians, Castilians, Catalans, Basques and Asturians of Spain; and Portuguese, Italians, Dutch or Flemings, and French. As of 2019, 72.1% or 1,553,078 were native Canary islanders with a further 8.2% born in mainland Spain. [108] Many of European origins including those of Isleño (islander) lineage have also moved to the islands, such as those from Venezuela and Cuba. Presently there are 49,170 from Italy, 25,619 from Germany, United Kingdom (25,521) and others from Romania, France and Portugal. [109]

In Asia, European-derived populations (specifically Russians), predominate in North Asia and some parts of Northern Kazakhstan. [110]