From Wikipedia, the free encyclopedia
Aspect of history 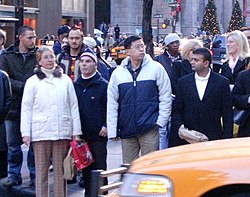 The racial and ethnic history of New York City has varied widely; from its sale to the Dutch by Native American residents, to the modern multi-cultural period.

New York City has had a largely white population, and most foreign born immigrants to the city before the end of World War II were from Europe. However, this changed in the decades after World War II, when all of the boroughs became more diverse, and when immigration from places outside Europe was increased largely due to the Immigration and Nationality Act of 1965.

The population of New York City was over 90% Non-Hispanic White until the post-World War II era. [1] Large numbers of colored, Hispanics, or Asians began settling in Manhattan in the 1920s and in the rest of NYC after World War II. [1] The slowest area in the city to change its racial makeup was Staten Island, which was the only borough of New York City to retain a Non-Hispanic White majority after the 1980s. [1] Between 1900 and 2010, New York City's total Black population increased by about thirty-five times, while its Asian population increased by over one-hundred-and-fifty times over the same period. [1] The large Black migration to New York City helped cause the Harlem Renaissance, a rich cultural period for the African Americans living in New York (especially in Harlem neighborhood, the namesake) between the end of World War I and the Great Depression. New York's Hispanic population increased by almost twenty times between 1940 and 2010, while its total Non-Hispanic White population decreased by over 60% over the same time period. [1] 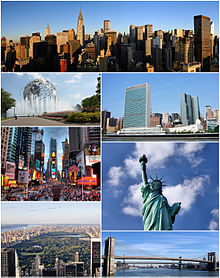 A Foreign-born population data from 2020 Census not yet available (as of Sept 2021).