In 45 of the 50 states of the United States, the county is used for the level of local government immediately below the state itself. Louisiana uses parishes, and Alaska uses boroughs. In Connecticut, Massachusetts, and Rhode Island, some or all counties within states have no governments of their own; the counties continue to exist as legal entities, however, and are used by states for some administrative functions and by the United States Census bureau for statistical analysis. There are 3,242 counties and county equivalent administrative units in total, including the District of Columbia and 100 county-equivalents in the U.S. territories.

In Alaska, most of the land area of the state has no county-level government. Those parts of the state are divided by the United States Census Bureau into census areas, which are not the same as boroughs. The state's largest statistical division by area is the Yukon–Koyukuk Census Area, which is larger than any of the state's boroughs. Although Anchorage is called a municipality, it is considered a consolidated city and borough.

This is the number of counties and county-equivalents for each state, the District of Columbia, the 5 inhabited territories of the United States, and the U.S. Minor Outlying Islands. 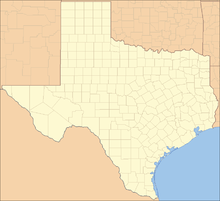 Texas has 254 counties, the most of any state

Delaware has three counties, the fewest of any state

Lists of counties and county equivalents by number per political division:

These rankings include county equivalents.

The following is a list of the least populous counties and county-equivalents in all U.S. territory. Note that the only entity on this list with a permanent human population is Swains Island, American Samoa. The first 8 counties (county-equivalents) are uninhabited, while the 10th on the list ( Palmyra Atoll) has a small non-permanent human population whose maximum capacity is 20 people. [7]

Population per state or territory

See also: List of the most populous counties by U.S. state

See also: List of the largest counties in the United States by area

Smallest, largest, and average area per state and territory

Also note that the smallest land area with county-level governance in the U.S. is Falls Church, Virginia, but it is an independent city and not a county or part of one. Kingman Reef is the smallest county-equivalent in all U.S. territory (though it has no government). Kalawao County, Hawaii is the smallest true county by land area. 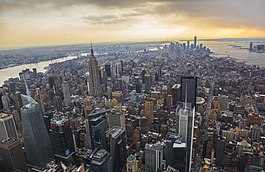 Data presented below is based on U.S. Census department data from 2010. [11] Calculations are made by dividing the population by the land area. All county equivalents are included. This list includes the 50 most densely-populated counties and county-equivalents in the 50 states and District of Columbia, plus the 9 highest-density municipalities (county-equivalents) of Puerto Rico. Puerto Rico is the only U.S. territory with population densities (of county-equivalents) high enough to be on this list. Note that many of these high-density counties are coterminous with large cities (for example San Francisco and Philadelphia) or are independent cities in Virginia (as well as Baltimore and St. Louis) which are considered county-equivalents. 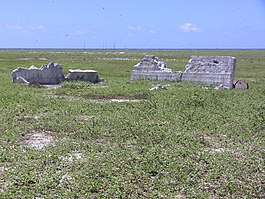 Baker Island, U.S. Minor Outlying Islands — one of the 8 county-equivalents with zero people

This list was generated by dividing the population by the land area. All county equivalents are included. The list is dominated by just a few states: Alaska, Montana, and Texas together comprise about two-thirds of the entries.The Unorganized Borough is not included here as a unit, but its census areas (non-governmental entities) are. If the census areas were removed from the list, the Unorganized Borough would rank fourteenth with a density of 0.38 per square mile (0.15/km2).

Population density per state and territory

Data presented below is based on U.S. Census Bureau data from 2010. [11] Calculations are made by dividing the population by the land area. All county equivalents are included.

The District of Columbia and Guam each only have one county-equivalent, so their most/least densely-populated county is the same.

^ A: The Unorganized Borough, Alaska, formed by the Borough Act of 1961, is a legal entity, run by the Alaska state government as an extension of State government, [12] it and the independently incorporated Unified, Home Rule, First Class and Second Class boroughs roughly correspond to parishes in Louisiana and to counties in the other 48 states. [13]