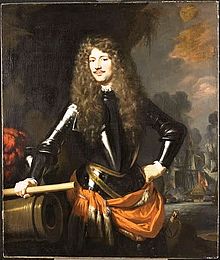 Cornelis was born in Vlissingen as the second son of Lieutenant-Admiral Cornelis Evertsen the Elder. He was a nephew of Lieutenant-Admiral Johan Evertsen and cousin of the latter's son Vice-Admiral Cornelis Evertsen the Younger, with whom he is very often confused. Cornelis was nicknamed Keesje den Duvel ("Little Cornelis the Devil") [1] for his cantankerous and hot-tempered character, which he shared with his father.

Already at the age of ten, in 1652, Cornelis sailed on his father's ship. He became privateer in 1665 during the Second Anglo-Dutch War and was captured by the English on 15 April of that year when his force of two ships was defeated by three English vessels, among them the Diamond and the Yarmouth. His crew had to bodily restrain him to prevent him from blowing up his ship, the Eendragt of 32 cannon. Because of his famous father and uncle he was considered worthy of royal interest. During interrogation the brother of the king, Lord High Admiral James, the Duke of York, inquired about a bullet hole in the top of Cornelis's hat, asking the captain to excuse the English for having damaged his clothing. Cornelis grumpily answered that he was proud of the hole; only he would have preferred it to have been a bit lower, to now being a prisoner.

John Evelyn recounts how Cornelis was on 24 April 1665 released for his wit by Charles II of England in person: Cornelis having been admitted into the royal bedchamber, His Majesty gave him his hand to kiss, and restored him his liberty; asked many questions concerning the fight (it being the first blood drawn), his Majesty remembering the many civilities he had formerly received from his relations abroad — this was a reference to the support the Evertsen family had given Charles during his exile. Evelyn was then commanded to go with him to the Holland Ambassador, where he was to stay for his passport, and I was to give him 50 pieces in broad gold. [2] Charles this way not only repaid old favours shown, but also tried to sow dissension between the staunchly orangist province of Zealand and the republican province of Holland; he pretended to champion the cause of the young William III of Orange.

After his return in 1665 Cornelis fought in the Battle of Lowestoft; in July he became captain with the Admiralty of Zealand. In 1666 Cornelis was captain of his father's flagship Walcheren during the Four Days Battle. During the first night he witnessed his father's death, the Lieutenant-Admiral being cut in two by the parting shot of the escaping Henry. He also fought in the St. James's Day Battle where his uncle was killed.

In the Battle of Solebay he commanded the Zwanenburg (44 cannon). In 1673, along with Jacob Binckes, he reconquered New Netherland, including New Amsterdam, [3] [4] as Vice-Admiral of a fleet in service of the Dutch West India Company, the Swaenenburgh still his flagship. When he returned in July 1674, he was accused of disobedience, because the States of Zealand were not too happy with his conquest; his real orders had been to conquer Saint Helena and Cayenne.

In January 1675 Cornelis became Rear-Admiral of Zealand. In 1677 he commanded a blockade against the Dunkirkers. On 20 September 1679 he replaced his deceased cousin Cornelis the Younger as Vice-Admiral of Zealand; he became on 1 April 1684 Lieutenant-Admiral of Zealand and supreme commander of the confederate Dutch fleet, replacing Cornelis Tromp. In 1688 he commanded the vanguard of the invasion fleet of stadtholder William III during the Glorious Revolution.

In 1690 Cornelis was commander of the vanguard of the allied fleet in the Battle of Beachy Head. He had great difficulties against a much stronger French opponent; he saved his squadron by tricking the French, by suddenly anchoring while under full sail, causing the enemy fleet to be carried away with the tidal stream.

In that same year he was replaced as supreme commander by Tromp, who soon died and was replaced by Philips van Almonde.

Cornelis, after 1690 never again commanding a fleet, died in 1706 and is buried in Middelburg. He was succeeded as Lieutenant-Admiral of Zealand by his younger brother Geleyn Evertsen.

Cornelis never married, nor is it known that he ever had a relationship with a woman. [5]