From Wikipedia, the free encyclopedia
Chief financial officer of the U.S. state of California

Election and term of office

The state controller assumes office by way of election. The term of office is four years, renewable once. Elections for state controller are held on a four-year basis concurrently with elections for the offices of governor, lieutenant governor, attorney general, secretary of state, state treasurer, insurance commissioner, and superintendent of public instruction. 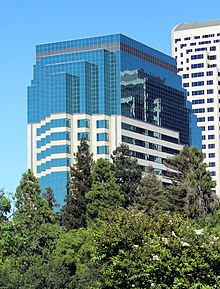