From Wikipedia, the free encyclopedia
(Redirected from California Attorney General)
Head of the California Department of Justice

The California attorney general is elected to a four-year term, with a maximum of two terms. The election is held at the same statewide election as the governor, lieutenant governor, controller, secretary of state, treasurer, superintendent of public instruction, and insurance commissioner. A few individual attorneys general have gone on to higher offices on the state and federal level, including the offices of governor, United States Senator, chief justice of the United States Supreme Court, and vice president of the United States.

On March 24, 2021, Governor Gavin Newsom announced that he would be appointing Rob Bonta as attorney general to succeed Xavier Becerra, who resigned the position to become Secretary of Health and Human Services under President Joe Biden. Bonta's appointment was subject to confirmation by both houses of the California State Legislature, and he was sworn in on April 23, 2021. [1] [2] [3] 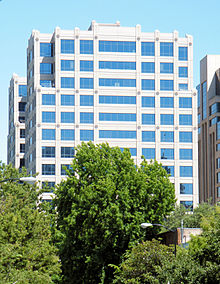 According to the state Constitution, the Code of Civil Procedure, and the Government Code, the attorney general:

Although the office of attorney general dates to the admission of California to the Union, the office in its modern form dates to Proposition 4 of 1934, [7] sponsored by Alameda County District Attorney Earl Warren as one of four initiatives he sponsored to substantially reform law enforcement and the judiciary. Previously, the attorney general lacked jurisdiction over matters in the jurisdiction of locally elected district attorneys and sheriffs. [8] Warren went on to become attorney general himself in 1938, reorganizing's the state's law enforcement into districts.