The architecture of Tokyo has largely been shaped by the city's history. Twice in recent history has the metropolis been left in ruins: first in the 1923 Great Kantō earthquake and later after extensive firebombing in World War II. Because of this and other factors, Tokyo's current urban landscape is mostly modern and contemporary architecture, and older buildings are scarce. [1] Tokyo once was a city with low buildings and packed with single family homes, today the city has a larger focus on high rise residential homes and urbanization. Tokyo's culture is changing as well as increased risk of natural catastrophes, because of this architecture has had to make dramatic changes since the 1990s. Located off of Tokyo Bay which makes typhoons and rising sea levels a current risk, along with volcanoes and large earthquakes. As a result of this, a new focus has been placed on waterborne risks such as rising sea levels and seismic events. [2]

Tokyo in recent years has been growing at a steady rate. As a result, new buildings have been built at increased heights in order to make the most out of the land they occupy. [3] In recent years new tunnels for a hyperloop have been added between the two main shores of Kanagawa and Chiba Prefecture, in order to make commuting more efficient. [2] Tokyo continues to advance in technology and grow, which will continue to change its architecture for years to come.

Japanese architects have designed a way to build temples, furniture, and homes without using screws or nails. To keep the piece together joints are constructed to hold everything in place. However, more time-consuming, joints tend to hold up to natural disasters better than nails and screws, which is how some temples in Japan are still standing despite recent natural events. [4]

There are two main categories of Japanese buildings, craftsman-like and industrial. Industrial tends to be made by machines while the craftsman style is handmade and tends to take up more time than the industrial style. [5] Japanese homes were influenced from China greatly until 57 BC, when Japanese homes started to grow to be more distinct from other cultures. Until 660 AD homes and building constructed in Japan were made from stone and timber. Even though all buildings from this era are long gone there are documents showing traditional structures. Contrary to this however, wood still remains the most important material in Japanese architecture. [6] 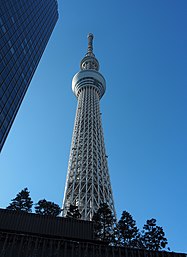