Adana Province ( Turkish: Adana ili) is a province of Turkey located in central Cilicia. With a population of 2.26 million, it is the sixth most populous province in Turkey. The administrative seat of the province is the city of Adana, home to 79% of the residents of the province. It is also closely affiliated with other Cilician provinces of Mersin, Osmaniye, and Hatay.[ citation needed]

The southern and central portion of the province mostly falls within the Çukurova Plain (historically known as the Cilician Plain), to the north, the plains give way to the Taurus Mountains ( Turkish: Toros Dağları). The provinces adjacent to it are Mersin to the west, Hatay to the southeast, Osmaniye to the east, Kahramanmaraş to the northeast, Kayseri to the north, and Niğde to the northwest.[ citation needed]

The Grand National Assembly (TBMM) is the only law-making authority in Turkey and Adana Province is represented in it with 14 members.[ citation needed] The last TBMM elections were held on June 7th, 2015 and in the Adana Province, the conservative AKP took 5 seats, social-democratic Kemalist CHP took 4 seats, nationalist MHP took 3 seats and Democratic socialist HDP took 2 seats.[ citation needed]

Province Special Administration is not a jurisdiction and has minor executive power in the administration of the province running with a budget of 55 million TL for 2010. The major executive duties of Special Administration are; building and maintenance of schools, residences and daycares, building and maintenance of other governmental buildings, roads, promoting arts and culture, protection and conservation of nature, social services and regional planning. [2]

Adana Provincial Parliament ( Turkish: Adana İl Genel Meclisi) is the decision making organ of the Province Special Administration. It is formed of 61 members who represent the 15 districts. Members of the Parliament are nominated by the district branches of the National Parties during the Local Elections and are elected by the d'Hondt method. Each district is an electoral district and there is a 10% threshold for a party to gain seat at the district. There is no threshold at the provincial level. [3] Parliament is administered by the president, two vice-presidents, and two secretary generals who are elected from the members. Current chair of the parliament is Abdullah Torun. 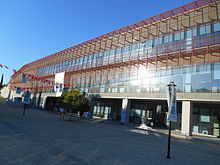 Current Composition of the Parliament

The last election for the Provincial Parliament was held on March 29, 2009. Voting turnout was a high of %84.1 and 5 parties gained seat at the parliament. The results of the election were [4]

After the election DP member moved to MHP raising the seats of MHP to 24. Currently, DP does not hold a seat at the parliament.

Provincial Governor ( Turkish: Vali) is the chief executive of the Adana Province. Besides chairing the Turkish: Encümen, the Governor also acts as the chief of the Provincial Directorates of the Central Government. The governor is appointed by the advice of the National Ministry of Internal Affairs to the Cabinet with the approval of the President of the Republic. İlhan Atış has been governor of the province since 2007. [5]

District Governors ( Turkish: Kaymakam) are the chief executives of their districts. Districts are merely an administrative divisions of the province and the District Governors work under the Provincial Governor.

Encümen is the executive committee of the Adana Province Special Administration, consisting of 11 members. The governor is the chair of the Encümen. 5 members are chosen by the Provincial Parliament among their members annually and 5 members are the departmental directors of the APSA appointed by the governor annually. [6]

The municipalities have three organs; municipal council, mayor and the encümen, the executive committee. Municipal councillors and the mayors are elected at the local elections. Encümen is formed by members half chosen from the council and the other half appointed by the mayor.[ citation needed]

Mahala ( Turkish: Mahalle) is the smallest administrative unit within a municipality, administered by the Muhtar and the Neighborhood Seniors Council ( Turkish: Mahalle İhtiyar Heyeti) consisting of 4 members.[ citation needed] Mahala administration is not an incorporation therefore does not hold government status.[ citation needed] Although elected by the neighborhood residents, Muhtars are not granted any power nor budget, thus merely act as an administrator of the district Governor. Muhtar also voices the neighborhood issues to the municipal governments together with the Seniors Council. The Muhtar and the council members are elected by plurality at the local elections.[ citation needed] Neighborhood administrators are not affiliated with political parties.

Villages are settlements that have a population less than 2000. In the Adana Province there are total of 469 villages, which are scattered through all the districts except Seyhan.[ citation needed] Villages are administered by the muhtar and the Village Seniors Council. The council can have four, five or six members depending on the population of the village. Unlike the neighborhood Muhtars, village Muhtars are granted special powers and the village administration is considered to be a governmental body.[ citation needed]

Adana Province has 160 km. of coastline mostly free from human activities. Karataş and Yumurtalık are the two small settlements at the coast which host cottage dwellers and local tourism. Rest of the coast has conservation areas, farmlands and forests. With the ancient settlements, national parks, waterfalls, highlands and mountains, Adana Province has a mixture of different settings.[ citation needed] 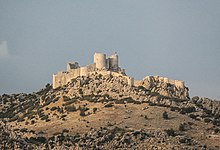 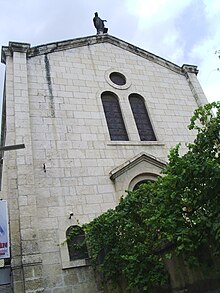 Akyatan Lagoon is a large wildlife refuge which acts as a stopover for migratory birds voyaging from Africa to Europe. Wildlife refuge has a 14700-hectare area made up of forests, lagoon, marsh, sandy and reedy lands. Akyatan lake is a nature wonder with endemic plants and endangered bird species living in it together with other species of plants and animals. 250 species of birds are observed during a study in 1990. The conservation area is located 30 km south of Adana, near Tuzla. [10]

Yumurtalık Nature Reserve covers an area of 16,430 hectares within the Seyhan-Ceyhan delta, with its lakes, lagoons and wide collection of plant and animal species. The area is an important location for many species of migrating birds, the number gets higher during the winters when the lakes become a shelter when other lakes further north freeze. [11]

Aladağlar National Park, located north of Adana, is a huge park of around 55,000 hectares, the summit of Demirkazik at 3756m is the highest point in the middle Taurus mountain range. There is a huge range of flora and fauna, and visitors may fish in the streams full of trout. Wildlife includes wild goats, bears, lynx and sable. The most common species of plant life is black pine and cluster pine trees, with some cedar dotted between, and fir trees in the northern areas with higher humidity. The Alpine region, from the upper borders of the forest, has pastures with rocky areas and little variety of plant life because of the high altitude and slope. [12] 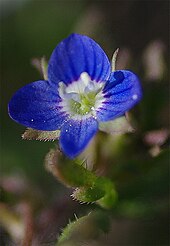 The Taurus Mountains contain many plateaus: