This was the first census in which:

On April 1, 2022, the National Archives and Records Administration released scanned census enumeration sheets to the general public, in accordance with the 72 year rule. [2]

The 1950 census collected the following information from all respondents: [3]

In addition, a sample of individuals were asked additional questions covering income, marital history, fertility, and other topics. Full documentation on the 1950 census, including census forms and a procedural history, is available from the Integrated Public Use Microdata Series. 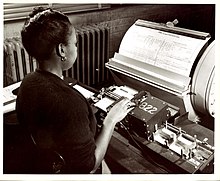 A clerk creating punch cards containing data from the census.

Microdata from the 1950 census are freely available through the Integrated Public Use Microdata Series. Aggregate data for small areas, together with electronic boundary files, can be downloaded from the National Historical Geographic Information System. Personally identifiable information became available in April 2022. [4]

On April 1, 2022, 72 years after the census was taken, the National Archives and Records Administration released scanned census enumeration sheets to the general public. [2] Soon after, census data will also be made freely searchable by name at other websites. [5] 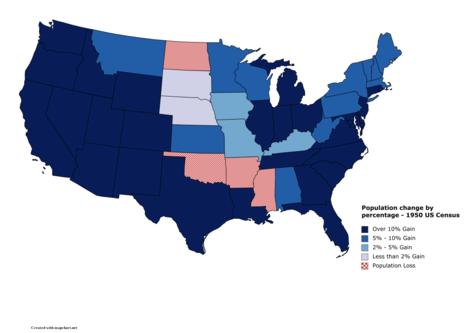