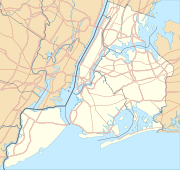 Picard had not trailed and led by two as late as the 26th hole, but the match was squared on the 29th green and Nelson led by one after 32 holes. Both birdied the par-5 33rd and Picard sank a curling putt from over twenty feet (6 m) for par to halve the 34th hole and stay one back. [3] They halved the par-3 35th at par and both had birdie putts on the 36th green. Nelson missed his from ten feet (3 m) feet while Picard sank his from three to square up the match. On the extra hole, both again had birdie putts: Picard made his from ten feet while Nelson missed his from six. [4]

This PGA Championship was held during the 1939 New York World's Fair. The golf course no longer exists; Pomonok Country Club disbanded in 1949 and the property was developed for residences.